From the Pages of The Level to Your TV

Feb. 29 Articles no comments
Kara Molloy Haas (featured in the Nov/Dec issue of Level Renner) made the leap from print to television:
Look for her at about the 17 second mark.  Congrats Kara!

Another outstanding interview brought to you by Level Renner and more specifically Joe Navas.  Click on the “Blog” tab at the top of the page to watch the video directly.

Nate “The Great” Jenkins talks to EJN in an exclusive Level Renner interview.  You can’t get coverage like this anywhere else.  The interview takes place post-race at the DH Jones Amherst 10 Miler.  This is the first of several short videos to be posted here.  Come back often to see more video footage of the race and see who EJN and cameraman Joe Navas interview next.  A special thanks to Joe for filming and editing.

Click on the photo gallery tab to see yourself running the Amherst 10 Miler. Two separate and complete galleries from Scott Mason and Krissy Kozlosky, totaling over 700 pictures, are now available for your viewing pleasure.  And don’t forget to read EJN’s post of the event found below.

Behind the Scenes at Amherst

Feb. 26 Articles, Behind the Scenes, Racing no comments

The plan sounded so good on paper, I swear it really did. Joe Navas and I would be behind the wheel of Kevin’s car and would drive around capturing amazing footage of the Amherst 10 miler. Joe has a sick camera set-up and the car has a sunroof, so needless to say there were visions of the car craftily maneuvering the course with Joe popping out of the sunroof at the last second to capture the action of the race unfolding, then before he could even retreat back to the relative safety of the car we’d be off to the next spot.

Sadly, it didn’t quite turn out that way. A turn or two was missed and we couldn’t quite get to where we needed to be. The worst part about that was the sunroof was never put to good use. We had to settle on a spot at the base of the hill just before Mile 9 and then again at the finish. We had enough time for a test run from 9 to the finish so we took off for a time trial of sorts. It just wasn’t going to be quite enough time so Joe stayed at the finish with the serious equipment and I flew back out to 9, armed with my…Canon Elf.

The next phase of the plan was to interview the winners on camera after they finished. I couldn’t get back there in time to help out, but Joe was able to get a nice interview with the overall winner, Kevin Johnson. We were going to have to try to play catch up inside for the rest.

Inside the school, we were able to track down Jenn Donovan (women’s champ) and also Nate Jenkins (2nd overall). I was in front of the camera for these, which I didn’t think would be a big deal but as soon as it was ‘go time’ I felt like I might freeze up at any second. Not sure if I looked as nervous as I felt doing it, but it was fun. Thanks again to Kevin, Nate and Jenn, who were nice enough to give us some time between the race and the awards ceremony.

As I’m typing this, wheels are in motion and some finely edited footage will be up on our website very quickly. Joe does a great job with the photo and video and we’re all eagerly anticipating the finished product.

All in all it was a great experience today, but I’d be lying if I said that it didn’t kill me a little to not be out there competing. It was nice to see some teammates that I hadn’t seen since early last fall but it would’ve been even better if I could’ve been out there racing with them.

Coverage of Amherst 10 Coming Soon (within 24 hours or earlier)

The Level was out in full force in Amherst today.  We were racing, taking pictures, and shooting video.  We’re in the editing process now and will have all the footage for you as soon as we can.  Come back often to check for updates.

We are experimenting with video links in anticipation of our Amherst coverage.  Check this out.  Jim Johnson and Kevin Tilton venture up a little bit of a hill. Open the blog page and the video will be there waiting for you.

Feb. 24 Articles, Get Involved no comments

Now that you’ve found the underground, you can subscribe to it.  Level Renner is now taking subscriptions for digital delivery.  All you need to do is click on the “Subscribe” tab and fill out the form.  It takes about two whole seconds.  That’s a good investment of time because those two ticks of the clock will get you a free subscription.  All future issues of The Level will be automatically delivered to your inbox in PDF form.  What could be better?

Just learning about The Level?  No problem.  Click on the “Back Issues” tab and all prior issues are there for you to download and enjoy.

Welcome to the Underground

Run on the ground.  Read the Underground.  Keep it on The Level.  And don’t ever underestimate the power of the palindrome. 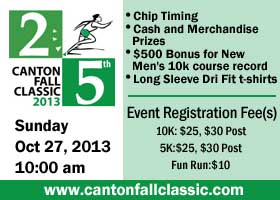