Harvey Looks Back at Jones

February Race Recaps: The Level Legion has been hard at work training through one of the toughest and coldest winters of late. Fitting then that the Legion be equally tough and ice cold on the start line of their February Boston tune-up races. Whether one is trekking through the New Hampshire snow, winning a debut 20-miler, representing the hometeam at a local race, pushing along a 5 month old companion or simply putting in the steady work, this past month has brought along some great races. You have already heard from Scott, who decided that if you can’t beat this winter, might has well don the snowshoes and have at it. Now we bring you some more perspective on just how racing has been fitting in to the training plan as Boston inches ever closer.

A couple weeks ago I ran the 40th Annual Jones Group 10 Miler out in Amherst, the first stop on the USATF-NE Grand Prix. From past training cycles, I have learned that I should not race too much as I end up becoming tired or flat by the time of the goal race. Therefore, I decided to use this race as a hard workout and a good way to get an extended effort at goal marathon pace. The plan was to do an extended warmup (8 miles) and go right into the race with minimal rest.

Overall, I was pleased with this effort and it provided me with a good confidence booster in my preparation. Up next for me is the Gate River Run 15K national championship in Jacksonville, FL on March 15th. I’m excited to be traveling and competing in the team competition with fellow BAA Unicorns Tim Ritchie and Sam Alexander against many of the best runners in the country!

Singlets on The Level 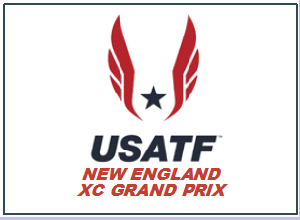