We are starting a new feature on our website. Every Tuesday, we’ll delve into our archives and spotlight a member of the Level Legion. First up: Nancy Corsaro. Her original profile, a day in the life, appeared in the September 2012 issue of our magazine.

Nancy and Frank Corsaro after the 2012 Carver Cranberry Classic.

Nancy Corsaro was not an athlete, never mind a runner, growing up. She maybe ran a little bit in high school and college but that was more for weight loss than fitness. “I was rather overweight when I graduated from Colby College in 1980,” she said. Upon graduation, however, she began to run more consistently and the pounds melted away. She ran her first race in 1982 and shocked herself with a surprising 7th place finish. “I was hooked,” she exclaimed. Over the next couple of years she continued to improved and entered the 1984 Boston Marathon. She ran 3:08.

After that performance, she joined the Whirlaway Racing Team. Despite being the only female in the nascent stages of the club, she improved steadily. 1988 and 1989 proved to be her best years and the time frame in which she garnered most of her PR’s. In 1988 she ran the Olympic Marathon Trials in Pittsburg. She netted a top 25 finish (25th) and 2:40.27, less than 11 minutes off Margaret Groos’ winning time of 2:29.50. In 1989 she grabbed her 10k PR at what is now the Tufts 10k. That one, though, came with a hefty price. “I injured my hamstring,” Corsaro recalls, “which led to many other injuries (stress fracture in my foot, back injuries).”

The hamstring injury ultimately led to a break in running and the birth of her two children. As she turned 40, however, the advent of a new age group rekindled her interest in running: “I decided to give master’s racing a try.” And she’s glad she did because she was top master in the USATF-GPS in 2001. In fact, Corsaro owns a rare trifecta of accomplishments. She is the first New England harrier to win USATF-GPS crowns as an open runner (1986), master runner (2001), and senior runner (2009 and 2010). In addition to her GPS victories and Olympic Trials experience, Corsaro counts being on the awards stage of the Boston Marathon multiple times (1987, ’89, ’01, ’02, ’09, ’10) as her proudest accomplishment. If I were her, I would be proud of the PR’s too. Here they are: 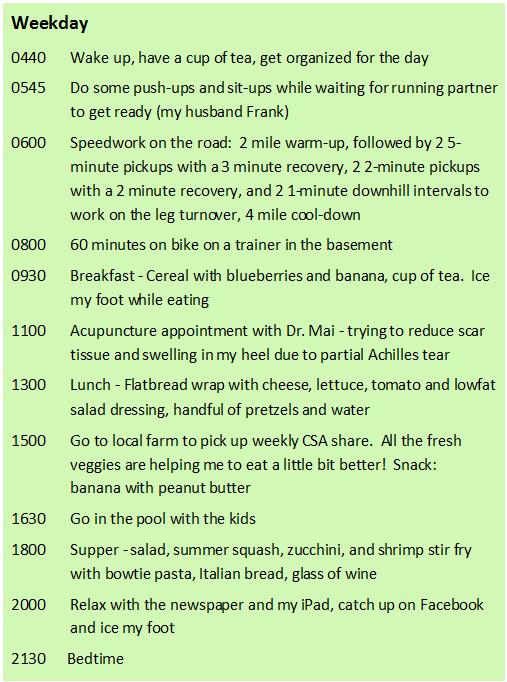