Level Renner profile’s an athlete every Tuesday. This week we share a Day in the Life profile of Fiona Murphy from our May/June 2014, issue #14.

A Runner for Life 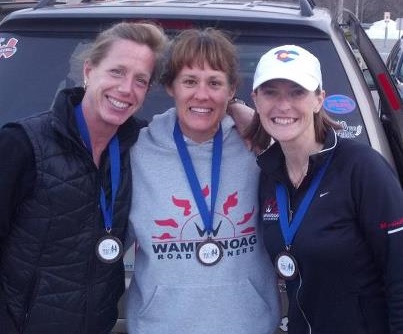 George Crerar, a 2:50 marathoner in his day, still runs 150 miles a month at the age of 80.  He’s the inspiration behind this issue’s Day in the Life feature subject: Fiona Murphy.  As Murphy recalls, “I remember reading the tiny print Swamp Rat that was always on the kitchen table when I was a kid.”   Combine that with spending lots of weekends cheering on dad at road races and getting Frank Shorter’s autograph in 6th grade, and we have among us a runner for life.

Fiona Murphy started running at age 12 and hasn’t stopped since.  Although not always the recipient of the best tutelage (her high school coach fed her team donuts on the bus ride to meets as he smoked his pipe), something about our beloved sport resonated with Murphy.  “I always loved the freedom of running,” she says, “and I knew I would always be a runner.” 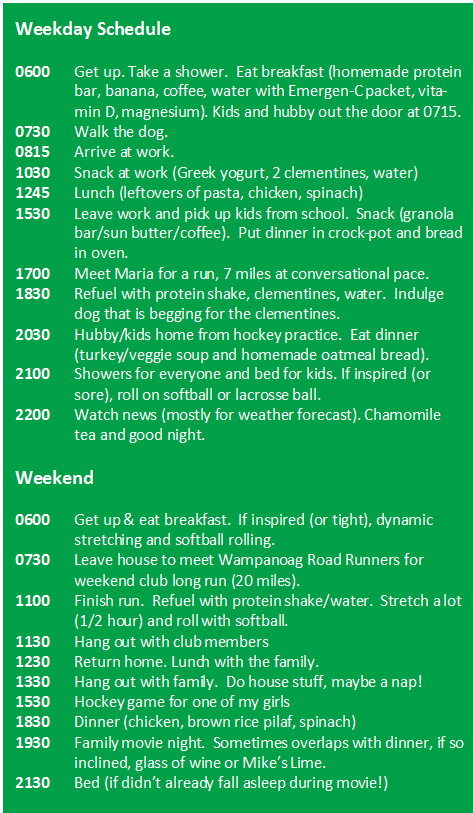 Watching her dad run all those weekend races and a certain 26.2 that was run on the third Monday in April motivated Murphy to attempt a marathon herself someday.  That someday came in 1996. And who was her running partner for the 100th Anniversary edition of the Boston Marathon?  Her dad.  Yet it wasn’t just the marathon itself that allowed for the paragon of father-daughter running moments, all the training and guidance leading up to it was Legion worthy too.  As Murphy recalls, “I still marvel at the way my dad and his ‘old school’ friends trained in the 70’s.  Not much fueling, cotton running clothes, no Garmins, just lots of math in your head (dad taught me that was his trick to keep his mind off how bad he was feeling late in a race: doing math to figure out his splits), no chip times.  My dad trained me for my first marathon and he taught me a lot of solid, old school training.  I taught him new stuff like GU and Glide.”

Fast-forward to the 21st century and Fiona is a member of the Wampanoag Road Runners.  She credits her club for improved personal records.  “I had to keep up or I’d get lost,” she confesses.  Yes, there is some good to running with friends in unknown places.

Murphy also acts as an ambassador of our sport.  She has served as RD for the Boyden 5k and spearheaded along with Jim Logan a four race grand prix in Walpole.  And that’s not all; she founded an elementary school running club and now that program is in all of Walpole’s grade schools.  She finds the enthusiasm of children inspirational and has fostered a love for running with her own two children.  Like father like daughter.

40 Miles per week on average

The Middle of Korea