Congrats to Dan Vassallo and Denise Sandahl, who have both been featured in the pages of our magazine, for winning the 2014 Manchester City Marathon. This race was the final stop on the USATF-NE GPS. Rumor has it that the lead pack of men, including WMDP runner Jason Ayr went off course due to a corner marshal error.  Unofficially, Vassallo crossed the line in 2:31 and Sandahl in 2:52. We’re still awaiting official results. 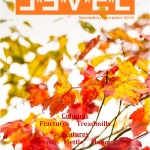