Most folks around the area know the BU developmental mini meets are a great place to get in some speedwork over the winter. This was no change as the first one of the 2014/2015 indoor season saw some pretty fast times. Here’s a short breakdown of the middle distance and distance events:

The BAA also posted the top women’s 3k performance on the day as 2012 USATF-NE Road 5k Champion Brielle Chabot comes out of temporary retirement for her first race in a while to run 10:03.80. GBTC’s Aly Millett was the 2nd fastest female with her 10:12.30.

Hot off of his XC season, Franklin Pierce Raven Dage Minors took the top honors with a 4:22.48. Ben Doiron posted the 2nd fastest time out of the 2nd section in 4:25.54.

Two New Balance Elite Women by the names of Liz Costello and Meghan Krumpoch gave half the men in the third section a good run for their money as they threw down solid even split 4:46.09 and 4:51.16 performances. There was also an Abbey D’Agostino sighting at the meet too!

Former Fitchburg State All-American and current GBTC athlete Chris Kibler took down the field with an impressive even split 1:53.71 to outkick Mike DuPaul (1:54.28) in the final straight. This was also a 5 second PR for Kibler, but then again, shouldn’t a 4’07 miler have some quick top end gears anyways?

For the women, recently graduated Hopkinton High School stud and University of Louisville freshman Melissa Lodge posted the fastest time of the day in 2:23.15. This was also Melissa’s 2nd race of the day, after already having posted a 5:12.31 in the mile about 45 minutes prior. Former Bridgewater State athlete Sarah Lagasse was the female runner up in 2:24.49.

Here’s a playlist of some of the races, courtesy of GBTC’s Mike Giberti: 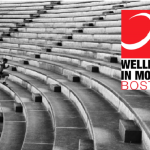