This commentary originally appeared in our Sept/Oct 2014 issue and was written by Rich Stiller.

The first time I went out on a nine mile training run with Gary, he let me know what type of runner he was.

In 1984, the year we met, Gary and I were roughly on the same level. We both had raced 5k in under 16 minutes. I first saw him at a local two mile fun run. He went out fast and led by 100 meters at the mile. His quick early pace and some serious hills wore him down and I caught him with fifty yards to go and kicked past him for the win. Gary wasn’t used to being outkicked, so naturally after filling a trash container with excuses he invited me to join him on a training run.

When I train easy with other runners my goal is to stay side by side, socialize, and enjoy the run. From the get go Gary did slight surges every time I came up on his shoulder. He was continually a step ahead. Initially I thought he was trying to get back at me for my victory in that little fun run. After about 5-6 miles I realized that he was totally unaware of his tendency to speed up. Surging was a subconscious, innate part of his running personality. Trying to stay up with him was making an easy run much tougher. Finally I just dropped back and trailed him by about five to ten yards. Gary stopped picking it up. The run became easier.

Every now and then I would test Gary by drifting up alongside him. Each time he surged.

Ah….if it was tough for me to try to stay on his shoulder, what was it like for him? I knew when the surges were coming. He didn’t.

As the nine miler wound down, Gary started to talk about running a four mile race up in San Francisco in several weeks. Quietly, I made the decision to run the same race. I knew the course. It was a flat out-and-back except for one hill in the first and last mile. I figured the race would be a good test case into the care and feeding of step aheads.

Gary was there with his fiancé. I could see that he was surprised to see me. To his credit he didn’t make any sandbag excuses. Gary also didn’t offer to work together for a fast time. I could see the glint in his eyes. He wanted to bury me! I was ambivalent.  To me, Gary was an experiment. To beat me, he would have to disprove my theory. 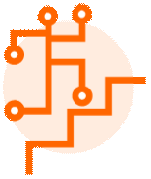 He stayed away from me during the warm-up but shook my hand when we toed the line.

When the gun went off Gary went off at a measured pace. He had learned something about shot-from-cannon type efforts like the one at the two miler. I dropped in behind my test subject and let him set the pace. The hill came up pretty quickly so I stayed back and waited. When we came off the hill just before the mile point, I knew we had at least two miles of flat out and back before we hit the hill again. As we ran along an area called Marina Green, I gradually moved up on Gary’s right shoulder.

Gary, who had been running evenly up to that point, surged. Bingo! It worked!

I let him go drifting back about ten yards. Once I was out of sight, Gary settled into a steady effort again. I gradually moved up on his shoulder again and once more, he surged. This time he went harder and longer. I slowly dropped back so that I was directly behind him. I was close enough to hear his breathing. He was beginning to sound ragged and uneven.

At the two mile turnaround I swung wide hiding behind two other runners, I could see Gary trying to find me as he made the turn and headed back home. He totally missed me. During the third mile I went up on his shoulder three more times. Each time Gary responded with an increasingly desperate surge. They were shorter and his form was coming apart.

As we hit the hill with less than a mile to go, I surged. I went right by Gary and kept pushing all the way until I crossed the finish line. Gary staggered in thirty seconds behind. He stumbled through the finishing chute gasping for air. He looked knackered as the Brits like to say.

Step aheads are very competitive, and you can play them like a violin.

A few weeks later a group of us were out for a post run dinner. Gary showed up late. We got around to talking about kicks at the end of races. Gary made a declaration about never being outkicked in the last mile of a race. The whole table turned their heads and looked at me. I just smiled and shrugged. Bob, another runner had a gotcha look on his face. “I know someone who has outkicked you twice,” he said to Gary.

The whole table looked at Gary. He had turned crimson. “Dammit,” he said grudgingly. Then in a halting voice Gary reframed his comment, “Outside of Rich, no one has ever outkicked me over the last mile of a race.”

Then we all laughed. 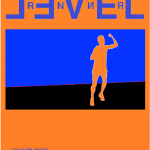 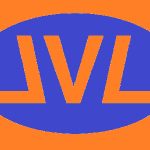 What is Level Renner?