I can usually mark major milestones in my life with new gym memberships. Turned 17, got a car, joined a gym. Moved to Boston, joined a new gym. Got a new job, joined a gym in my building.

I’ve counted – excluding gyms associated with schools, I’ve been a member of six different gyms. They’re all pretty similar. Lots of cardio machines, free weights, the newer ones have Cross Fit inspired sections. Some have had saunas. Most haven’t.

There is one thing that has been a constant at all of them. Naked Old Men.

I don’t know what it is about gym locker rooms, but old men are drawn to them like horses to a watering holes and then…just linger. Chatting with each other naked. Brushing their teeth naked. Weighing themselves naked. Going to the bathroom naked. Always naked all the time. I also have a hunch they spend more time naked in the locker room than physically exercising — though I cannot qualify or quantify this.

I didn’t play a sport that had a strong locker room culture. Maybe these guys are just harkening back to a time when they came in from a tough game and hit each other’s asses. I don’t know. What I do know is it’s heinous and widespread.

I’ve also noticed that the worst offenders are also the ones that should be waltzing around naked the least. In shape dudes wrap towels like loin clothes of Sioux Braves or Roman Gladiators.

And then I worry – -will I turn into an old naked guy at the gym one day? Is it just a matter of time?

Have you also experienced this? Is there an explanation or is this an epidemic? 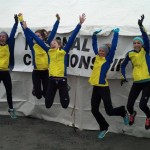 One Response to The Epidemic