Another gem from Dan Dipiro, this one on the art of the group email (runner style). Everyone reading this is most likely part of some group/team/list where people try to organize some group workouts. Sometimes it’s easy, other times it can be a somewhat frustrating or even flat out comical. Here’s Dan’s take on it: 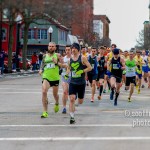