Once upon a time, there was a running magazine, the Hockomock Swamp Rat.  Edited by Peter Wallan, this New England institution was for the hardcore runner.  Printed in a difficult-to-read-small font, the focus was race write-ups, not couch to 5K training plans.  With Peter’s unique sense of humor, the reader was provided details of the covered races.

A staple of the magazine was the triennial Rat Series.  Approximately twenty five races, the series lasted one year.  Participants were given one year to recover, another to plan for the next event.  When reviewing a potential race, the phrase “Rat Worthy” was often used.  Not a believer of instant gratification, Mr. Wallan instead sought  challenging, hilly courses and bare bones events, not major social affairs with high entry fees and early cut-off dates.

The magazine is no longer with us but both Wallan and the series remain.  Beginning with the Level Renner’s 10K in July and ending June 2016 with the Paul Mailman 10 miler, this series contains twenty races, includes New England standards as Around Cape Ann 25K, Boston Prep 16 miler and the Seagull Six Spring Classic.  The tradition of naming the series after notable runners continues.  This series honorary is Joan Benoit Samuelson and the series is The Joanie.  Previous honoraries are Clarence DeMar, Woolley Morris, Tarzan Brown, Tom Hurley, Rick Bayko, Dave Dunham, and  Johnny J. (aka “The Younger”) Kelley.

Dave Dunham won the first series and is the only individual who has both won the series and been honored by it.  (Joan, if you are reading this, we would love to have you be the second.) Dick Fedion and Jim Garcia were second and third, followed by the only female winner, Wendy Burbank.  Ken Jacobson, Peter Orni and Jim Imprescia were the next winners and John Martino, aka “the little old guy” was the winner in the 2011-2012 series.

John Martino’s nickname may give a hint to another unique feature of the series, its scoring system.  Too complicated to explain briefly, the system awards  is based on how runners finish compared to the other Rats, their age group, their gender, course difficulty, and if the weather was terrible.  The first Rat to finish a series race always gets the most points but after that it is difficult to predict how you will move up in the standings.  Fast, older runners do well in this series.  Consistently fast  younger runners do too.

The prize for the top 35 runners is the most coveted 2 inch by 3.5 inch piece of fabric in New England.  Along with bragging rights, the top 35 receive a Rat patch which they can attach to their running shorts at any racing event to identify themselves as a winning Rat.

Sign up for the series  is simple.  Mail $10 to Tresa Casaletto, event coordinator, at 18 Valley Street, Medford, MA 02155 along with your email.   Any remaining funds after expenses will be used for the end of the series party.  Questions about the series can be sent to Tresa at [email protected]

the schedule for the 9th HSR GPS

To register for the first race in “The Joanie,” click here. 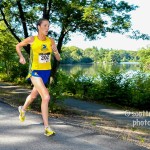 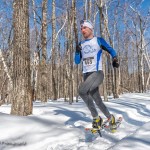 One Response to Hockomock Swamp Rat GPS #9 “The Joanie”