Hightower Out, Hersh In as USATF Board Backpedals

The people have spoken, and it appears that they’ve finally been heard. It’s been nearly four long, hopeless months since the USATF Board overturned the landslide results from the delegates’ vote and named Hightower their IAAF delegate over Bob Hersh. In a shocking turn of events late last night, the USATF board held an emergency meeting and voted nearly unanimously to reinstate Bob Hersh as their delegate to the IAAF.

“I still can’t quite believe that we succeeded,” said a stunned Hersh. “It’s amazing what we can accomplish when we stand together and don’t back down.”

Bob went on to acknowledge the tireless efforts of so many dues-paying members. “This goes beyond just the delegates that were on hand. It certainly helped that so many of them were social media-savvy. Would we have been able to do this 20 years ago? I don’t know…maybe. But it would’ve been harder. I never thought I’d say this, but social media is so much more helpful than just sharing selfies and pictures of food.”

Hersh still needs to be elected by the IAAF convention, but that is seen as a formality by most due to his high stature within the organization.

The about-face by Hightower was met with a mix of joy and skepticism. The stain of the last few months has left many wary of the USATF, even when seemingly good news comes out.

In a brief press conference, Hightower stated: “I realized that I could better serve my country through a more direct role in international competition than by just being an IAAF delegate. With that in mind I instructed my board to overturn my previous decision.”

Buried in the minutes from the meeting was another shocking announcement: the next US Olympic track team will consist entirely of Stephanie Hightower. In nearly all events.

“I was elected to not only make the hard choices, but to also win the hard competitions,” explained Hightower. “That’s why it’s in our country’s best interests if I and I alone go for gold in Rio.”

It defies logic. For one thing, does this mean that she’ll attempt to compete in the men’s events as well? When pressed, she only offered that she was a “new era competitor, capable of meeting the strict requirements of each event, whether they be physical, mental or even biological.”

The only events that Stephanie won’t cover herself are the decathlon and the heptathlon. “I’m not delusional; I know I can’t handle it all. I have too much respect for those can do multiple events like they can. We’re kindred spirits.”

Justin Gatlin was one of the first athletes to speak up on the announcement. Although he was stunned, Justin didn’t seem too worried. “Look, at the end of the day it all comes down to competition. I push my body beyond the natural limits and I know one thing: Stephanie will have to take a LOT of drugs to beat me.”

Gatlin’s not even trying to hide his doping anymore. That’s just lazy. But the Hightower announcement is so incredibly devastating that anything else that comes out will just get buried behind it in the news.

It’s safe to say that there will undoubtedly be many challenges to these recent developments we’re sure this won’t be the last that is heard of it. Luckily there’s still time before Hightower can compete in 2016. The Olympic Trials won’t be until July of 2016 (in Eugene) and time is needed if this coup is to be thwarted.

In other news, the board also voted 11-1 that Stephanie will not have to pay taxes this year, that she intercepted Russell Wilson’s goal line pass at the end of the Super Bowl, and, lastly, that she’ll get the right of prima nocta with the members of One Direction (except for Niall, because nobody’s that desperate).

For those wondering where they can get Team Hightower 2016 t-shirts, this has been another April Fools Day post from the Level.

Articles Hightower Out, Hersh In as USATF Board Backpedals
« Previous Story 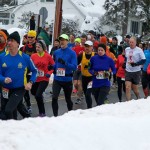 The People Who May Pass You