“The Olympics originated as a track & field meet to demonstrate cooperation between nations, so here is our challenge to the academic, business and government communities to test the concept of cooperation. Boston has many colleges and many high schools and many tracks, but none of them are suitable for a full championship meet within a stadium. Spectators cannot sit in one place and watch an entire track meet but have to move to an adjacent field for the throwing events. New York has a stadium at Randall’s Island that seats 5,000 and can hold all Olympic events within sight of seated spectators. If New York City can have one, why not Boston? If we can’t make a small stadium for a single sport, how can we build a large stadium and the other facilities for all Olympic sports? Show us that you all can really work together on a small thing first. This proof of concept would go a long way toward earning the trust of at least the track & field community and maybe the rest of Massachusetts.”

Starting small and building up to bigger, better things just might be the way to go to win over the public’s trust for this endeavor. The whole idea of hosting the Olympics being necessary to put Boston on the global map is arguably the biggest load of horse shit anyone has tried to unload on the city. Then again, I guess I never considered London or Beijing to be major cities, full of history and sites to see, until they each hosted recent Olympic games. Please note the sarcasm there. I’m laying it on pretty thick.

So let’s start with a world-class track facility. That is something that will get a ton of useage, especially if it’s shared by multiple college and high school teams. Beyond the scholastic uses, Boston obviously has it’s fair share of post-collegiate clubs and runners, so it’s not hard to imagine it being fairly busy on a consistent basis. If college teams will share it, then maybe they can pitch in to build it. No more crying fictitious sob stories about funding while jacking up tuition at rates that should be illegal. Let’s get it done!

Boston not having a world class outdoor track facility just seems wrong, especially when Boston is a big running city. If these selfless, noble stewards of the city (as I think this Boston 2024 committee makes itself out to be sometimes) really want to improve conditions and bring more competition here, why not invest that money into upgrading the MBTA and bringing national- and world-class track meets into the city?

Tom’s line summed it up perfectly: If we can’t make a small stadium for a single sport, how can we build a large stadium and the other facilities for all Olympic sports?

Jenkins in the Runner’s World Spotlight 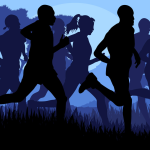