No Jet Lag For Donnelly

Editor’s note: if the title looks familiar, and even the following paragraph, it’s because we attempted to publish this weeks ago. Something went awry. Basically everything except for the intro cut out and was lost. After Jordan took the time to answer our questions, we wanted to make sure he got the screen time he deserved, so here’s our full interview with Jordan Donnelly after an impressive overseas double on the track.

I knew Jordan Donnelly was going to be racing a 1500/5000m double in Tokyo in early April. A local runner headed to Tokyo for a track double is something that would normally be on our radar. Jordan has run a 4:07 mile indoors as recently as this past winter, but a bout of bronchitis threw him off of his game for a couple of weeks. But with some solid training under his belt how would he fare back on the track fresh off the plane? This answered our question: 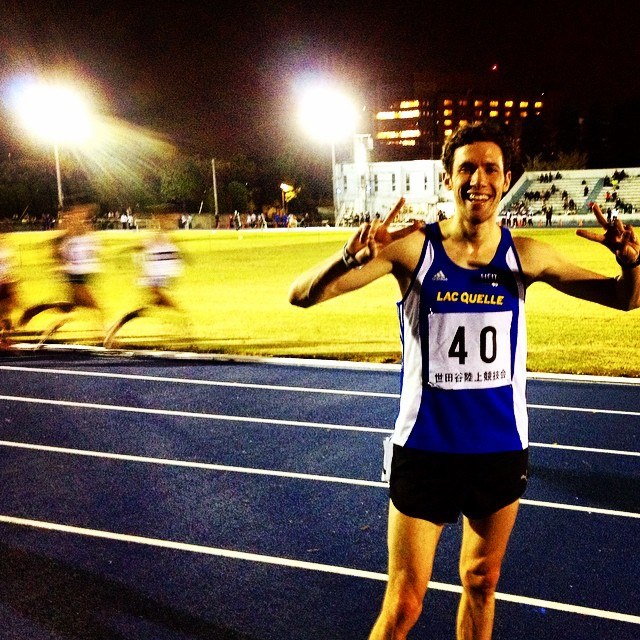 The meet was the Setagaya Time Trials back on April 4th. Jordan first ran the 1500m in 3:59.12, followed shortly after with a 14:56 in the 5000m. Donnelly, who hails from Liverpool but now lives, works and trains in the Boston area, was mistakenly listed as the top American there. With times like that, we’ll let it slide. As of this publishing, Jordan is running solo. Maybe he’ll get the ‘Level bump’ and teams will start recruiting him now?

We shot a few questions over to Jordan after he was done racing in Tokyo, but while he was still training in Asia. Here’s what we got:

Did you have any reservations on racing that 1500/5000 double pretty much right off the plane? Have you ever done something like that before?

I just accepted it was going to be tough and my times would be a little off due to the travel and time of year. My biggest concern was the weather. Having been running in 30f in Boston for months and then having to race in 85f in Tokyo was tough. I was trying to focus on just enjoying racing some Japanese guys. I always find racing abroad gives me abit of an adrenaline lift as everyone’s looking to beat the Johnny Foreigner.

In 2011 I got off a flight from Vietnam to Berlin at 8pm and ran the Berlin marathon at 9am the next morning. After an emergency toilet break at 10 miles to lose the previous nights 5 biers and a curry, I paced my mate to 2:42 feeling good. Ever since then i’ve not feared racing straight off the plane.

Are you surprised at all by how well you ran?

Yea I was surprised with the 5k time after feeling so bad in the 1500m. The 1500m I could only muster a 10min jog and a few strides. I felt so lethargic.

Following the miserable 1500m and with not much time between the two races I had resigned myself to just not embarrassing myself in the 5k. However after about 2k I felt good and moved through from 43rd to finish 10th. When I hit the bell in 13:56 I couldn’t pass up the chance of a sub 15 on Japanese soil and ended up ripping a 60 on the last lap for 14:56.

Given the results, are you confident that you’re on track to run much faster in the near future?

Yea It was strange racing in what’s normally a base training part of the season for me. With 1500m and 5k being over distance it ended up being a good training day. I want to get back to running sub 1:50 800m again this summer so it’s a good sign that i’m already pretty strong. The plan is to jump in a few 1500m too and see what the clock gods bring.

How was racing on the track in Tokyo different than a race in the US?

At most US meets it is only the athletes there to support. In Japan there where so many fans there just to watch. After the first lap of each race the crowd all moved into lane 5 all around the track. It was just as deafening as running the London marathon. That definitely gave me a lift to run such a big last lap.

The field sizes were also huge. 23 runners in my 1500m and 43 in my 5000m. They go out super hard too. I was dead last in both races until after half way and ended up finishing close to the front.

What did you to celebrate?

I got talking to some of the other runners and got sucked into an 8 mile warm down. Not quite what I wanted after that double. That evening I ended up in the Roppongi district at a Robot Wars cafe where you eat dinner, get drunk and bet on transformer-like robots fighting each other til the death.

Is that it for racing on this trip?

That’s it for racing until mid May. I’m now 2 weeks in Vietnam working at some shoe factories. There’s a very interesting track I train on in Vietnam where some clowns have decided to extend their apartment across into lane 1. 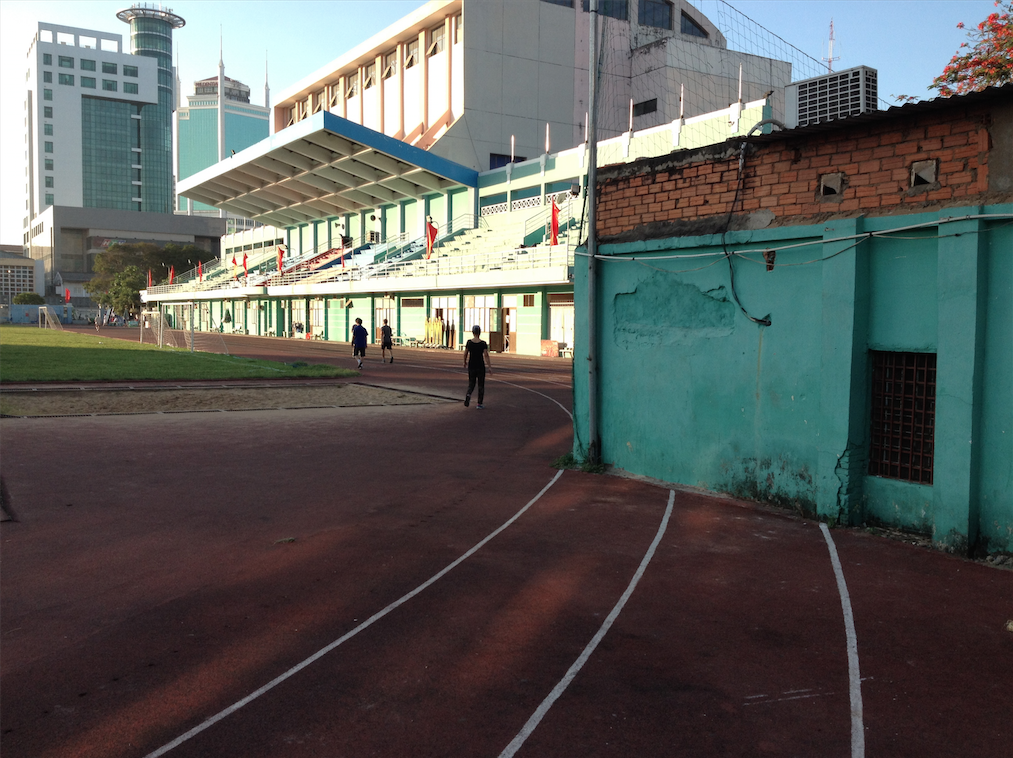 It’s abit annoying not only having to workout at 5.30am due to the 100f heat and 90% humidity but also having to dodge a concrete wall on the track! Running on the roads here is crazy too due to the traffic and pollution. 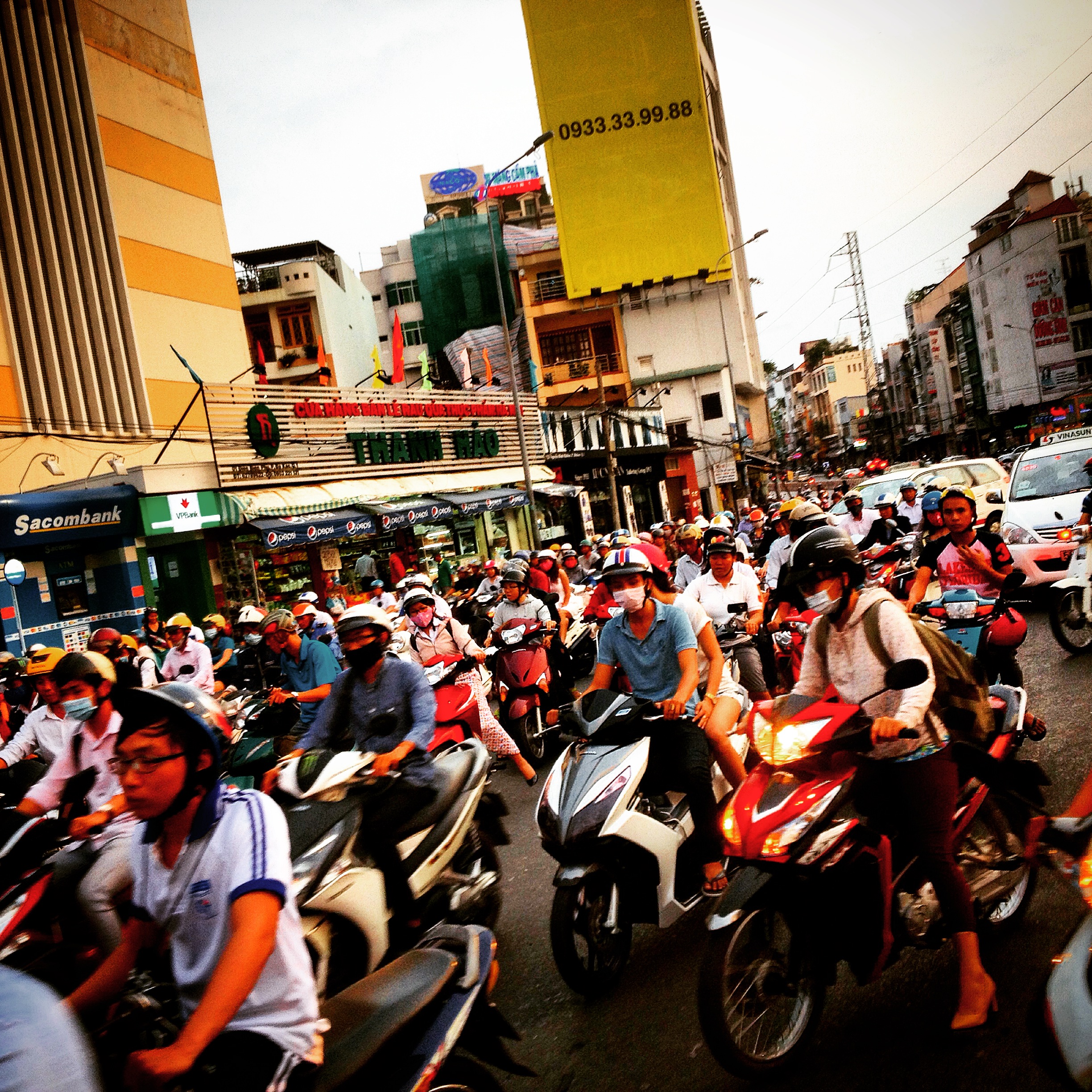 Is it hard to get your typical training in on a long business trip to another country (even though you work for a running brand like Puma)?

Yea, traveling is always throwing a spanner in the works of my training and racing. I got caught in a snowstorm delay in Germany for 4 days in January before arriving back the night before Terrier and dropping a 4:07 mile at BU. The weather conditions going from one extreme to another can be tough too. I do have an amazing job though so I cannot complain too much. We are currently re-creating the whole Puma Running line to really get back on the Running map. It’s taking a lot of time, patience and energy and tough to balance that challenge with trying to make the Olympic Trials again.

How hard is it to maintain some semblance of a normal diet?

It can be tough when your on the move. Since being in the USA I’ve still not eaten a Wendys, Burger King or KFC. There’s no need when we have the North End here in Boston. A pound of oatmeal to start everyday is the secret.

He’s not kidding about the pound of oatmeal. His consumption of it affects the market price. 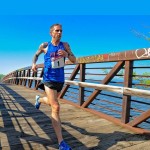 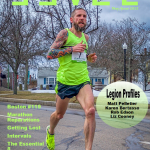