If you’re a runner and you run on the road, chances are you’ve heard at least one of these “witticisms” shouted at you for no apparent reason.

Most vehicle inhabitants seem happy to drive by runners on the road without much fanfare. For a small number of drivers and passengers, however, the sight of a runner on the road is excellent reason to roll down the window and start yelling.

That said, here are 7 things that have been yelled at this male runner over the years.

You’re right. I should get off the road. That’s just smart. We runners shouldn’t be out here, demanding that drivers share the road, and making certain drivers feel bad, on top of it all, about their not having exercised in 11 years.

No one should be on the road without an engine. Roads are for vehicles, not people. Who do runners think they are, anyway?

If they insist on running on roads, runners have to expect it to be dangerous. They have to expect cars and trucks to drive near them. They shouldn’t expect drivers to steer a bit to the left for them or to tap their brake pedals a bit. That’s inconvenient for the driver! No driver should have to do that!

2. “Give my little sister her shorts back!”

Ha! Kudos to this yeller for creativity. Less creative yellers deliver the same sentiment with the more mundane, “Nice shorts!”What guy runner who favors short racing shorts hasn’t, at some point, gotten ribbed for their shortness?It used to be that every athlete that performed in shorts — from runners to basketball players to soccer players — wore sensible, lightweight, short shorts that did not restrict leg movement and did not weigh thirteen pounds.Now, of course, the long and baggy look is everywhere. And do we all know where the long and baggy look came from? It came from prison.

Belts are contraband in prison. Federally-issued prison threads are often issued too big for the wearer. And custom tailoring is not available in the clink. (Apparently, taxpayers complained.) For these reasons, and possibly others, the incarcerated of the ’80s began to walk around with overly large, prison-issued pants falling off their asses.

This look then became a look. It traveled from prisons to inner-city streets, to suburbs, to professional sports, to… everywhere. Now millionaires schussing Aspen’s slopes don fashions influenced by the baggy, saggy, droopy look born in federal penitentiaries. And, sadly, almost no non-runner younger than 45 knows a good pair of athletic shorts when he sees them.

I look at it this way: runners who wear short shorts — as short as the shorts Julius Erving and Kareem Abdul-Jabbar used to wear — are the people who are hanging onto functional fashion that’s not influenced by convicted felons. I think that’s pretty classy of us.

It’s usually a teenaged boy who yells this. I don’t know what it means. It could be a jubilant celebration of human activity and the battle against sloth, lethargy, apathy, the diabetes and obesity epidemics, and premature death. But I don’t think so.

It feels more like adolescent ridicule, and tends to revive ancient, 5th-grade memories of being heckled by older kids in a school hallway.

A smiling woman hung her head out of her SUV the other day while I was running in hilly country and just approaching a particularly steep, long hill, and she yelled: “Great hill training!”

I wasn’t actually doing any hill training. I was just out for a few miles in my neighborhood, which is hilly. Given, however, the stuff some people yell at runners from cars, I appreciated the obviously friendly spirit of her yelling.

So I produced an equally positive response. I returned the smile and yelled: “You know it!” I didn’t actually know what she did or did not know. But it was that kind of exchange.

“Hey!” …now, who the hell was that? Was that John?  I think that might’ve been John. Or did he sell that car? Yeah, he got rid of that car, so that had to’ve been Stew. I think it was Stew.  …either Stew or Mike…or maybe Anders. Or was it Pete? It could’ve been Pete. It probably was. 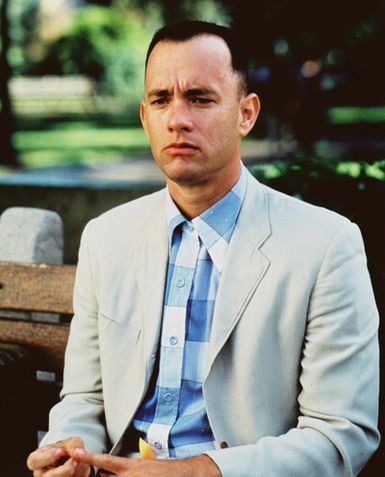 What? My name isn’t Forrest…. Hey, wait a minute. You’re making a humorous reference to the movie Forrest Gump. Ha! No one has ever said that to me before! Did you just create that excellent and original joke?

How unusual of you to make that connection — between that Tom Hanks character and me. And, yet, how darned funny! I hope no one steals your joke and takes credit for your wittiness.

If you would like to read more from Dan, check out his blog. 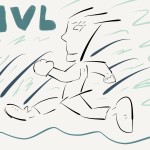 Not the Cool Kid 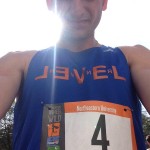