On a Tough Day, Enman “Settles” for the Win

Kasie Enman had won the Vermont City Marathon before. A win is nice, but a win wasn’t the goal. Faster times were on her mind. Kasie had to settle for the win in the 2015 edition of the race as her ‘A’ goal of getting the OTQ slipped away early on.

Enman had previously qualified for The Trials in 2008 and 2012 and wants to get back to it again in 2016. Although her winning time of 2:49:03 also enabled her to double-dip in the winnings as the top Vermont woman, the money couldn’t buy the necessary satisfaction. “I’d trade the prize money for seven minutes of time in a second,” Kasie joked.

The win was nice, but the primary goal, the reason she was racing that day was to get that OTQ of 2:43. For Enman that time is faster than what she’s doing right now but nowhere near as fast as the 2:37 that she owns for a PR (from the ’08 Trials). She’s capable of it, certainly, but it just wasn’t in the cards that day. “I’m not somebody who crashes and burns in the last 10k or after mile 20. If I can lock into the pace from the start then it’s gonna be a good day. If I’m off, I’m off in the beginning and that’s how it was today.”

For one thing, charlie horses in her feet and calves definitely didn’t help, so the fact that she was able to get under 2:50 while battling that is extremely impressive. But knowing that it’s not your day, at least not your day to achieve that top goal, is a hard mental pill to swallow in a distance like the marathon. “I fell off that so early on in the race that I had to make an adjustment to stay motivated, keep pushing even though that just not happening.”

The injury woes that plagued her on her build up to VCM (which wasn’t much of a build up due to said injuries) didn’t flare up on race day. In fact it was so encouraging that Kasie thought she could build off the momentum of race day instead of taking significant time to recover. That will go a long way towards helping her to achieve the OTQ goal.

Not only was Kasie the VCM champion, but she also earned the USATF-NE title as this race doubled as the association championship for the half marathon. Her next closest competition was Joanna Johnson (WMDP), who came through in 2:52:17. The two were separated by less than 30 seconds through 20 miles, so Kasie really opened it up over the last 10k. Denise Sandahl, the defending champ from the 2014 edition of the USATF-NE grand prix circuit, was in contention early but had to drop just after mile 20 due to illness.

After Kasie crossed the line, there was a very nice moment where Jess Cover, Director of Marketing & Communications for RunVermont and one of Kasie’s Green Mountain Athletic Association teammates, greeted her with a congratulatory hug. It may have also been one of a comforting kind since Jess probably knew that Kasie really wanted that ‘A’ standard. Either way, it made for a memorable finish.

Immediately after that, Kasie’s focus was entirely on her team and not on her own performance. She had very good reason to be excited too. The GMAA picked up a couple of accolades, including:

Rounding out the open women’s podium was Leah Frost (2:54:31). Care to guess which team she competes for? Yup…GMAA. So they also took two of the top 3 spots for the ladies. In a landscape as competitive as the USATF-NE circuit is, especially for teams, that is a really impressive haul.

For the masters, it was Tammy Richards who somewhat surprisingly came away with the win. The 41 year old from VT didn’t show up in the pre-race invited runners list so not many eyes were on her when people were looking at who might take it. But Richards came through with a 2:59:30 and finished 89th overall in the deep field.

Hot on her heels was Mary-Lynn Currier, the ultimate Grand Master. The 51 year old showed the young masters that speed doesn’t disappear with age, running a 3:01:30 and securing the top senior spot along with 2nd masters. In fact, that was good for 8th overall woman. Not too shabby!

Diane Senecal was in the mix for top masters early on but she ended up having to lay down for a couple of minutes due to heart palpitations. Diane then got up and finished in a time of 3:07:46, good for 4th masters overall. Let that sink in for a few minutes. She stopped to lay down because of heart palpitations. Most people would probably drop due to that (and for good reason). She took a breather, and then resumed kicking ass. Amazing.

Christin Doneski ran a 3:09:25 and finished as 6th masters runner. There’s no podium spot for that, but if they gave out awards for the friendliest, or most polite runners, she would take that prize. When Christin runs by you and sees you cheering for her, she doesn’t just smile. She’ll ask how you’re doing. It’s awesome. There’s video from the race of her going by chatting up a storm but it was tough to make out what she was saying over the roar of the crowd. Even running up the Battery Street hill she was cracking jokes to the Level.

Here’s our full interview with Kasie after the race, including some race footage:

And finally, check out Scott Mason Photo’s gallery of the event. They make great souvenirs, either for yourself or that special runner in your life that just ran the race!

Articles, Racing On a Tough Day, Enman “Settles” for the Win
« Previous Story 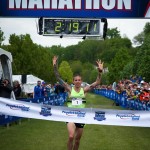 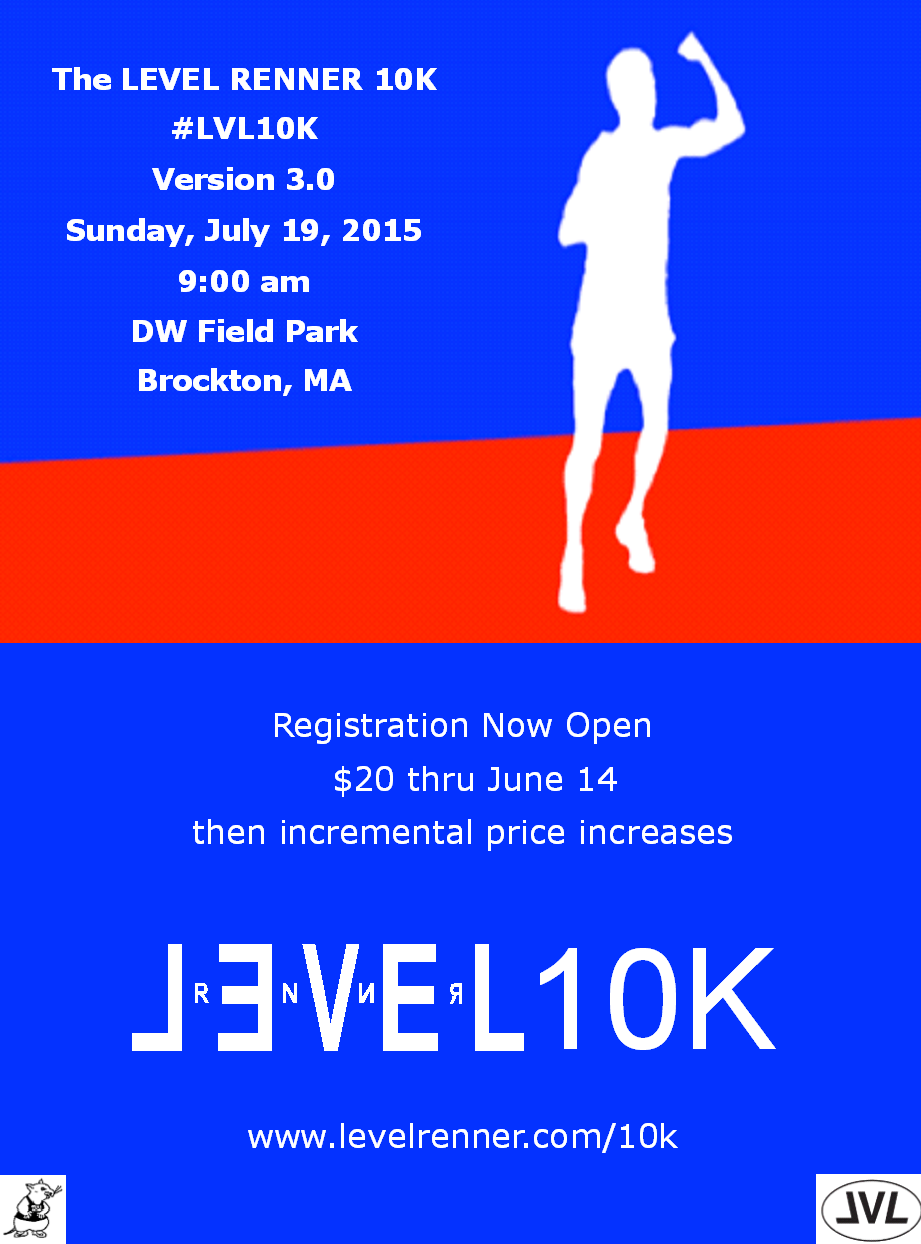 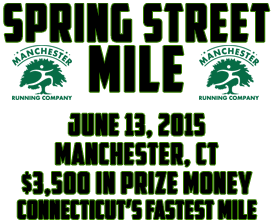