The Boston Athletic Association was well represented in Oregon at the Portland Track Festival Sunday night at Lewis & Clark College. The track festival included a mix of open, master’s and community events in a two-day event with the main attraction of Hi-Performance sections taking place on Sunday evening.

Steven Mangan was 10 in his heat (20th overall) in the 1500 meters with a time of 3:41.69. Steven was chasing the qualifying standard for USA’s (3:39.00) taking place in Eugene, Oregon at the end of the month. Although Steve missed the mark, there’s still a shot he sneaks in to fill the field. Steven is looking to shift towards road races this summer in the New England area with a schedule yet to be set.

The qualifying window for the 2015 USA Track & Field Championships ended on June 14, 2015. Official entry lists will be available later this week. The meet will take place at the historic Hayward Field in Eugene, Oregon from June 25-28. 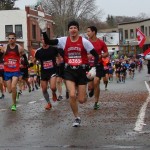 Days of the Dementors 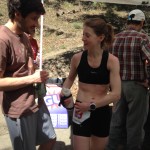