Is Your VO2 Max High Enough to Prevent Heart Disease?

As Runners we believe our sport is truly the best out there. We know how great our community is, how supportive we are of one another, and we understand how runners are able to make a 180 degree turn from “never running again” to signing up for the next within a matter of hours.

People run for a lot of reasons:

This final point is important to many runners, and there’s quite a lot of evidence that exercise can help ward off debilitating conditions like heart disease and cancer.

Is Running the cure?

A scientific study published last month is making waves in the medical community, but not because it contradicts this common knowledge. Rather, it found that yes, being aerobically fit does reduce your risk of heart disease and some cancers, but it also reduces your risk of death even if you’ve already got cancer or heart disease.

The study, published by Susan Lakoski and colleagues in JAMA Oncology, tracked almost 14,000 men over a period of 38 years.1

At the study’s outset, the men—most of whom were age 40 to 50 at the time—underwent a thorough medical exam, which included a graded exercise test on a treadmill to determine their aerobic fitness level.

Over the subsequent four decades, the researchers used records from Medicare to track the rate of colorectal cancer, lung cancer, prostate cancer, and heart disease among the study’s participants. The researchers then sorted the study’s subjects into categories based on their performance in the graded exercise test.

Statistical analysis, which controlled for possible confounding variables like smoking status, showed this:

The most fit men also had less than half the risk of death from cardiovascular disease when compared to the least fit men.

Among men who developed lung, prostate, or colorectal cancer after age 65, the fittest 20% reduced their risk of death from cancer by a third compared to the least fit 20%.

Does this apply to me?

This is all fantastic news for runners, but how do you tell if you’re fit enough to be in that top 20%? The authors of the study used a fairly simple treadmill test, but reproducing that test requires a specialized treadmill capable of very steep inclines.

However, the actual data collected from the treadmill test wasn’t very complicated—they just recorded how long each man lasted on the incremental test before quitting from exhaustion.

The researchers used a formula to derive an estimate of the men’s VO2 max (a standardized measurement of aerobic fitness), then used these values to sort the men into high, moderate, and low fitness groups.

How do I compare to the runners in the study?

If you want to check how you stack up against the men in this study, you can estimate your VO2 the old-fashioned way with a twelve-minute time trial for distance. This test, called the Cooper Test, dates to 1968, when a young Air Force Major, Kenneth Cooper, published a method of rapidly and accurately estimating aerobic fitness levels in military recruits.2

The test itself is very simple:

The effort should be evenly-paced, but all-out.

How reliable is the twelve-minute Cooper test is compared to the progressive exercise test used in Lakoski et al.’s scientific paper?

Kenneth Cooper’s original study found the 12-minute run has a 90% correlation with a laboratory-measured VO2 max. The progressive treadmill test used in the JAMA Oncology study has a 92% correlation, so they’re pretty similar.

Not too shabby when you consider that the subjects were mostly men in their forties and fifties, not sporty twenty-somethings.

The least fit 20% had a predicted VO2 max of 29.4, meaning they’d be expected to cover about 1800 meters during a twelve-minute Cooper test.

If you head out and run the Cooper test, only to come back disappointed at your lack of fitness, there’s some good news:

Health benefits aren’t reserved only for the fittest athletes. Lakoski et al. found that even small increases in VO2 max conferred a reduced risk of lung and colorectal cancer.

Increasing your fitness just enough to make it 160 meters further in twelve minutes could drop your risk of lung cancer by 17% and your risk of colorectal cancer by 9%!

There are some important limitations to Lakoski et al.’s study.

First, they were only able to study people who got sick after age 65, since that’s when Medicare records start being generated.

Second, this study didn’t directly examine the effects of training to improve your aerobic fitness, only static differences among the population.

Finally, and most glaringly, this study only examined men—presumably, another study is in the works on the five-thousand-plus women enrolled in the same observational cohort.

Despite this, the findings of this research are good news for male runners. Not only does aerobic fitness help prevent cancer and heart disease, it also helps you stay alive if you’re unfortunate enough to get them!

Testing your own fitness level is quick and easy, and translating predicted VO2 max values from the research into a tangible distances gives you some useful fitness targets. 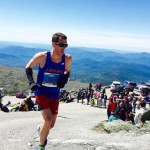 Records fall on the Rockpile 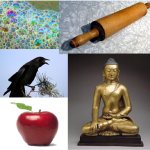