“The Weight” by Brandt Hart is a work of fiction. It originally appeared in issue 22, Sept/Oct 2014. 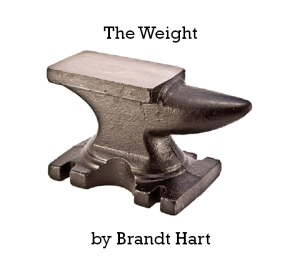 Heavy/   Dawn is an anvil. The bed sheets disguise their constraining intent with the warmth of your body. Heavy eyelids. Heavy breaths. Heavy clouds clinging to the previous night insist you continue your slumber as they resist the new day. The floor seems miles away, and your running shoes? In the depths of some distant cavern—guarded by trolls with battleaxes. The only way you could possibly start that journey is with just a little more rest. More. Sleep.

But that damn alarm clock. It screeches as if a nuclear warhead had been launched at your bedroom. You reach for the snooze button and the alarm clock laughs as you swipe the air with those heavy arms. Not this time, chief!  “Night-time you” is much cleverer than the reanimated corpse version of yourself that awakens in the early morning. The alarm clock has been placed just far enough out of reach to force your feet to make the mile descent to the floor. But anything is easier than listening to your eardrums imploding within your skull.

Ten toes to the floor. Gravity sloshes your brain into place and blood falls south to the legs. A closed-fist haymaker to the alarm clock silences it for the next twenty-four hours and leaves it meekly displaying the time: 0500. Running shoes retrieved; your feet are cinder blocks sliding into body bags. Your limbs despise you as you shroud them in climate-activated clothing. Even the running portion of your sub-conscious is suggesting hey man, maybe ten more minutes in bed wouldn’t hurt. Still heavy.

Out the door and into the dark. The rest of this time zone is unconscious but not you. You’ve decided it’d be a great idea to volunteer for strenuous activity at this ungodly hour. As your feet send ache impulses to your brain in one last desperate attempt to dissuade you, they find themselves being pounded into the pavement at a pace with which they are quite familiar. The cinderblocks begin to disintegrate. The fragments of concrete spilling from your shoes create a crackle that is only audible for a moment before it is engulfed by the orchestra of crickets committed to their early morning encore.

Your feet are a kick drum. Every beat crumbling more and more of the morning stone encrusted upon you. Perspiration seeps into the crevices and you can hear the stone cracking, loosening at the joints. The lungs are next. They expand and contract with the humid air and slap the other organs awake. Get up, get up! This guy’s not messing around today! That means you, Liver.

Void of toxins. Void of ego. Balance restored. The human body in full function. Rhythmically navigating the street-lit intervals of the black top maze encircling your home. Lighter. Lighter now. The mile separating the bed from your floor seems much more manageable looking back. Merely feet after all. The breaths come in hypnotizing repetition. And the rest of the weight falls off. Shackles from work. Stress from home. The anchors from your obligations and commitments. All of it—gone. You barely hear the cacophony behind you as the weight falls and bounces into the ditch. This is why you set the alarm. This is why you eat asphalt for breakfast.

Lighter. Finances no longer register. What are bills? The only numbers that matter are minutes per mile. And those are looking stellar and highly investible. The air circulating inside you is laced with something. Something distorting you into an early morning euphoria. Eventually, the only thing inside your mind is the sound of rubber colliding with pavement and two breaths in, one breath out. You’ve clawed your way into the zone. The weight of sleep is a distant memory.

You move with the lightness of aluminum. The agility of a hummingbird. Hell, those big jungle cats would roll over and give up chasing if they glimpsed your speed. The fluidity of your body is second nature. You’ve ejected so much weight that all there is left to focus on is the infinite cells dividing within your body. The pinnacle of light: evolutionary objectiveness.

You’re back at your door. Bending to your knees and sucking wind. The rest of the world is deep in slumber and sawing wood in their bedrooms. You’ve shaken that weight. Left it out in the streets reflecting the first rays of dawn. Returning home   / Light.

Brandt Hart is twenty-four, living in Wilmington, NC, and probably out running from his writer’s block. 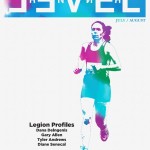 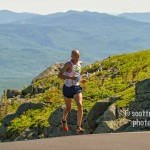