It was a wild night under the lights at Dillboy Stadium in Somerville, MA on Friday night. The evening was quite eventful, including fast times on the track, an medical emergency delay and a constant threat of a shut down by the stadium personnel for various reasons (none of which seemed legit). More on that later though. For now, the focus is on the racing action that made the first WMDP Friday Night Lights 10k a raging success.

First up that night were the ladies, and we knew were in for a treat with two sub-2:40 marathoners on the track. Laura Paulsen (GBTC) and Hilary Dionne were the two favorites and they separated from the field early.

Conditions that night were humid and windy so it was no surprise to see a tight race. However, it was Paulsen who led most of the way and put in the heavy work that is leading into a headwind like the one they faced on the back straight. With no pre-race plan discussd between the two regarding sharing the load, Laura got creative. “I just found myself in the lead and was hoping Hilary would take turns leading, but she didn’t until I basically forced her to by hanging wide on a turn and slowing down.”

Hilary ended up leading for a couple of laps, perhaps giving Laura a chance to conserve some energy which she really put to use in the last mile. With Hilary in the lead, the pace quickened to about 81-82 sec/lap, which was up from the 84-85’s they had been running so Laura took control back. ‘I didn’t think either of us really wanted to be running (that pace), so then I took back the lead and kept running 84-85’s.”

After that brief exchange of leads midway through the race, the two remained in lockstep for the ensuing laps until Paulsen broke it open later on. “I decided to pick things up with 1k to go. I thought Hilary was going to go for it the last mile, but that didn’t really happen.” Laura steadily tightened the screws over the last four laps, progressing from an 85 all the way down to a 76 final lap.

It’s not as if Hilary faded, she didn’t respond with as big of a drop in pace as Laura did. Hilary explained: “my legs didn’t react quickly enough to her move; at that point I tried to still finish strong but wasn’t able to catch her.”

Laura had some separation, but she knew it wasn’t in the bag: “You never know that you’re going to win until you cross the finish line though.”

Laura crossed in 35:01.92, followed by Hilary in 35:10.76. For Laura, it was a solid effort given the conditions but nowhere near her PR of 33:59.56 from the Penn Relays earlier this year. Dionne’s time was only 20 seconds off of her PR, but that was set way back in ’05. Fair to say that in better conditions she would smash that.

Steph Wilson rounded out the podium with her 37:01, coming in just ahead of Taylor Bickford (37:09).

In the men’s race, Chris Kibler of the GBTC took it out fast as any good rabbit would. Kibler paced teammate Adam Pacheck to a lead that was as much as 6 seconds by the end of the 7th lap, but Serafini and Place went to work reeling them in after that.

The lead group tucked in behind Kibler consisted of the aforementioned trio and they went through 5k in roughly 15:03. That spelled the end for Kibler, then it was up to the guys to fight the wind on their own.

Halfway through the 4th mile, Pacheck started to fall off pace. Down to two, and it would stay that way nearly until the end. Said Louis: I was feeling very comfortable from about 7k on and I knew that I was going to be capable of making a significant surge. The pre-race plan was to go hard at some point – I just wasn’t sure when it was going to be. Had it not been for the wind on the backstretch, I may have gone with 1 mile to go. I felt Ryan slowing a bit on the backstretch with a little over two laps to go so I just decided to make the move and make it decisive – it ended up paying off.”

Entering the 23rd lap, Louis had a couple of steps on Ryan. Coming around to start the 24th lap, Louis had 6 or 7 seconds on him and that was pretty much all gained in the final 250 of that lap. Needless to say, it was impressive to watch.

Said Ryan, “His move was very discrete, such that I could no longer pretend to “stay in it”, but I wouldn’t say that I was surprised to be in trouble at that point.” Place admitted that had been really grinding away and struggling to stay in it mentally over the second half of the race. Place did a good job of masking that and an even better job of hanging tough and making sure Lou would have to work for that win.

Serafini crossed in 29:56.7 with a lead that had ballooned to about 15 seconds over the last 1,000 meters. For Lou it was a PR by default; the 2013 BC grad with a mile/5k background had never run one before on the track.

Place came through in second with a 30:11.3, which is pretty damn respectable for a guy who was struggling. Ryan is getting back at it after a five year layoff, and between this and the 29:42 he ran at a NBB Twilight Meet back in May, it looks like he’s on the right track. Watch out for him in XC come the fall.

Back to the threats of a shutdown. From our vantage point by the finish line, there were plenty of rumblings overheard about the lights going off mid race. It seemed pretty incredible to think that there was a chance for that to happen because it was a relatively low key event. One thing that seemed particularly appalling was the fact that facility management was upset about the fact the event was running long. Well, it was only running long due to a medical emergency at the end of the women’s race which required an ambulance out on the track. The funny thing about that is that part of the reason the delay went on for so long is because management had the access gate closed and took too long to open it up to let ht ambulance out onto the track. When reached for comment, the WMDP gave us this statement: “WMDP does not intend to return to Dilboy Stadium for the 2016 Friday Night Lights 10k as we feel the stadium and its staff are not prepared to handle the growth of this event.”

On a more personal note, facility staff tried to keep me from getting down to the track. Their presence seemed to be overly heavy-handed for such a (relatively) small event. There were only a couple of people by the finish line the whole time, and I was one of them. I left the area to consult with my wife who was broadcasting the live footage from up in the stands. As I tried to make my way back down to my spot by the finish, one guy stepped in front of me and said firmly ‘no one’s allowed on the track.’ Really? Is this the Olympics? I said I was media and he laughed at me, saying something about the fact that I only had a cell phone. WTF, guy! The race was still going on, but they were in full “get off my lawn mode” and were starting to prepare to eject people from the stadium. I said something along the lines of ‘yeah, it’s amazing what you can do with it’ and proceeded to walk onto the track anyway. Two minutes later I was recording the shirt ceremony at midfield, which was to be a quick, light-hearted moment…when they turned the lights off.

Here’s our highlight reel of the night’s action, including the now famous Derderian Shirt Ceremony:

As noted above, the Heartbreak Hill Running Company sent a Mobile Mob to cheer on Heartbreaker Louis Serafini. Check out the short video of the event:

Check out this more comprehensive video by Mike Giberti of the women’s race: In closing, perhaps Ryan Place summed it up best: “WMDP’s 10k was a really cool and unique event, and they deserve a lot of props for putting that thing together (and keeping the lights on). I feel like post-collegiate competition often takes on such a selfish mentality (with me at least), that it’s refreshing to be reminded of the local population that actually enjoys sharing these competitive experiences.” 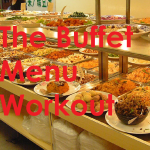