This year’s group of world-class athletes, many with ties to New England, will be followed by more than 6,400 runners of all fitness levels who will soak in the cheers of thousands of spectators who line the scenic TD Beach to Beacon course for this classic American road race that celebrates health, fitness and giving back.

“This year’s TD Beach to Beacon 10K with its broad American field will be one of the more exciting races in our 18-year history,” said Larry Wold, TD Bank President for Maine, who is one of the 125 legacy runners who have completed every race since it began in 1998. “This year’s beneficiary, the Good Shepherd Food Bank, is the largest hunger relief organization in Maine, serving more than 600 food pantries, churches and other organizations who feed children and adults in our great state. We are thrilled to welcome them to the TD Beach to Beacon family.”

Maine native and running legend Joan Benoit Samuelson, winner of the first Olympic women’s marathon in 1984, founded the TD Beach to Beacon as a way to give back to her state and community by creating a major road race. The route follows the same coastal roads that the unassuming Samuelson trained on in Cape Elizabeth. With her reputation, plus top-notch organization and strong community support, the TD Beach to Beach is known and appreciated as a world-class event with small-town charm.

The 2015 race, which will include runners from 15 countries and 41 U.S. states plus D.C., coincides with host Cape Elizabeth’s 250thanniversary celebration. The TD Beach to Beacon also this year was lauded for its environmental practices, receiving Gold Level Certification from the Council for Responsible Sport following a rigorous review.

“What’s so inspirational about this race is these amazing athletes from the U.S. and across the globe run next to local runners as well as those joining us from more than 40 states, making it a global and community event for the runners, organizers, volunteers and of course, the many spectators who line the course in coastal Cape Elizabeth,” Samuelson said. “And with this year’s beneficiary being the Good Shepherd Food Bank, the TD Beach to Beacon is also helping to assure that no one in Maine goes hungry, regardless of their backgrounds.”

The new prize category swells the total TD Beach to Beacon prize money available to more than $90,000, with $10,000 awarded to the winners in the men’s and women’s open races, $5,000 for second and payouts to the top 10 runners overall.

Also, a $2,500 bonus also is available for any runner who sets a new open course record ($500 in the Maine category), providing added incentive in a race that consistently ranks among the fastest and most competitive 10Ks in the world.

“Given the exceptional American field in our first year offering American prize money, and an impressive group of top international elites, we are looking forward to celebrating this year’s B2B with incredible race performances,” Samuelson added.

North Yarmouth, Maine native Ben True, now a rising international track star, is returning to the TD Beach to Beacon with his sights set on reaching the tape first. He is one of four former Maine resident winners who will run in the elite category against some of the top distance runners in the world.

Will Geoghegan of Brunswick, Riley Masters of Veazie and Ethan Shaw of Falmouth are now part of a the TD Beach to Beacon 30-runner professional field that includes the defending women’s champion, Gemma Steel of Great Britain, two former TD Beach to Beacon champs from Kenya – Micah Kogo (2013, 2011) and Stanley Biwott (2012) – and a variety of other Olympians, World Champs and record setters.

However, the death of Zane Branson, the manager to a number of renowned Kenyan athletes, on Saturday is expected to alter the TD Beach to Beacon field, race officials said Tuesday.

Branson suffered a heart attack after a morning run in Kenya and he will be buried there, said Larry Barthlow, the TD Beach to Beacon elite athlete coordinator who worked closely with Branson over the years to bring in many top Kenyan and other African athletes.

Branson’s untimely death has left his athletes in shock, Barthlow said, and a group that was planning to run on Saturday now likely will not come to Maine. That group includes Nikolas Bor, Patrick Makau, Emily Chebet, Joyce Chepkirui and Tadelech Bekele, he said.

“We were all so saddened to hear the news of the passing of athlete manager Zane Branson,” Barthlow said. “Zane had been a friend of the program and athletes for over 10 years.  He worked with some of the best athletes in the business, and that includes Joyce, Patrick, Emily and Wilson Kibet. His runners are in shock and just do not feel like racing.”

With the anticipated absence of a number of top international runners, the spotlight is likely to focus more intensely on the field of Americans.

Ben True has qualified for two distance events representing the U.S. at the World Championships in Beijing next month and is the top American in road racing. He reached the qualifying standard for 5000m at the world track and field championships with a 13:06.15 in Belgium last weekend.

The former Greely High School and Dartmouth College All-American placed third (27:50) in his professional return to the TD Beach to Beacon in 2014 – the fastest road 10K by an American since Mark Nenow ran 27:48 in 1985.

True, who now lives and trains in West Lebanon, N.H., will be joined by other top Americans, including Eric Jenkins, a two-time NCAA champion at Oregon who will be making his TD Beach to Beacon debut in top form. Jenkins, who grew up in Portsmouth, N.H., launched his professional career this summer by setting a number of personal bests on the European track circuit. He finished a few ticks behind True with a 13:07.33 5000m in Belgium.

Other contenders include Stephen Kosgei-Kibet, 28, of Kenya, who has finished runner up twice, including a PB 27:43 in 2014, and fourth place once in his past TD Beach to Beacon appearances; and Daniel Salel, 24, of Kenya, who won the rain-soaked B.A.A. 10K in June after finishing third in 2014 with a PB 27:41.

In the women’s field, Gemma Steel, 29, is back to defend her title after clocking a 31:27 to hold off  American Shalane Flanagan in 2014.

The American field is led by Emily Sisson, 24, who captured the 10,000m title at the NCAA Outdoor Track and Field Championships in May with a 31:38, the fourth best time in NCAA history. At the Big East Championships in March, her 15:12.22 shaved two seconds off the previous NCAA national record at 5,000m.

Also in the field is another up-and-coming American distance runner, Alexi Pappas, 25, a five-time All American at Dartmouth and Oregon who made her professional road racing debut at the 2013 TD Beach to Beacon, finishing 10thin 32:55. She improved her PB to 32:32 to place seventh last year. Pappas ran 32:02 at 10,000m in May.

Other top Americans in the field include Boston’s Kate DeCamillo, the second American finisher at the 2013 New York City Marathon; Laura Thweat, who has a PR 32:37 at 10K; Katie Matthews, a five-time All American at Boston University; Sarah Pagano and Chrystal Burnick.

In the wheelchair division, nine-time champ Tony Nogueira is returning, as is three-time champ Christina Kouros of Cape Elizabeth. While Kouros is the lone female entrant, Nogueira will face strong competition from three-time champ Patrick Doak, Gary Brendel and newcomer James Senbeta, who holds the course record at the Falmouth Road Race and also has won the Boston Marathon.

On the women’s side, Erica Jesseman of Scarborough is a heavy favorite to regain the title she won in 2013. She is having a stellar season on the roads in 2015 and may even challenge for a top 10 position overall. Last year’s champion and course record holder, Michelle Lilienthal, is not in the field. Other contenders include a pair of former Maine high school phenoms now running collegiately – Abbey Leonardi of Kennebunkport (Oregon) and Emily Durgin of Standish (UConn). Three-time champ Sheri Piers of Falmouth also will be in the hunt along with two-time winner Kristin Barry of Scarborough, who has battled injuries but is back in good form.

On the men’s side, defending champion Will Geoghegan of Brunswick, a Dartmouth All-American who ran at Oregon this year, is now pursuing a professional career out of state and competing in the world-class category. That means the door is open to someone like Wade Meddles, an All-American in track and cross country at Eastern Kentucky who recently re-located to Maine. He set a course record (15:11) at the Kennebunk Beach Classic 5K in June. Other contenders include Kelton Cullenberg, a former University of Maine All-American, and Luc Bourget of Auburn.

The TD Beach to Beacon 10K also has added two new features this year aimed at improving the race experience for runners:

The TD Beach to Beacon is overseen by its 60-member, volunteer Organizing Committee, headed by  Race President Mike Stone of Portland. Local residents from all walks of life, plus police, fire, medical and municipal officials serve on the committee to plan the event. Maya Cohen of Cape Elizabeth coordinates the 800 volunteers who are central to the success of the race.

Local residents also open up their homes for the elite athletes as part of a “home-stay” program that is second to none. The TD Beach to Beacon also has a long history of commitment to the environment with a focus on recycling, reuse and eco-friendly activities.

The TD Charitable Foundation is the charitable giving arm of TD Bank N.A., which operates as TD Bank, America’s Most Convenient Bank®, and is one of the 10 largest commercial banking organizations in the United States. The Foundation’s mission is to serve the individuals, families and businesses in all the communities where TD Bank operates, having made more than $135.8 million in charitable donations since its inception in 2002. The Foundation’s areas of focus are affordable housing, financial literacy and education, and the environment. More information on the TD Charitable Foundation, including an online grant application, is available at www.TDBank.com. 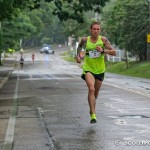 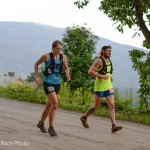