The nearly 2,400 runners were greeted by pouring rains and the occasional flash of lightning splitting the sky at the Blessing of the Fleet Road Race in Narragansett, RI on Friday night. That’s not exactly an unwelcome sight for a late July race (minus the lightning, of course). The conditions were more favorable for speed, and the leaders certainly delivered. Per the results, the top three finished:

Seems slow for those guys, especially since it wasn’t hot and everything we’ve heard from them indicates that they ran well. Matty P confirmed this, saying that the results are off for the top three (who knows about the rest of the field). According to Matty, it should be more like:

That makes more sense. Had to get the inside scoop from Matt, who is himself a Brooks runner. Did he Run Happy? Was the high worth the pain? Let’s see…

How did it feel to know people were coming from so far away to try to collect your scalp?

the people coming from far away were invited by me. I also invited Nate Jenkins and Ruben Sanca, but Ruben is just coming back from injury. Sam Alexander was invited but didn’t show. That’s okay. I’ve got a blank space, and I’ll write his name. I’ll take a super stacked race over an easy victory any day. [Note: Inviting your own elite field in is pretty badass. Love the approach.]

What impact did that rain have on the race? Was that a welcome change for the customary blazing sun & heat?

The rain really didn’t impact the race at all, except for the last mile. It was a nice lightning show though. The last few years have been heat and humidity free (knock on wood), hence the fast times in 2012-2014.

How far in before you had a break from the other contenders?

I was alone from about 3 miles. I’ve been sick since Gaspee so I wasn’t expecting to break 53:00. My plan was to hit the first mile in 5:00, and see what happened. Everyone else was content to let me lead and I felt ok, so I kept the pedal down through 5 miles…then the wheels started to fall off. I knew it would leave me breathless or with a nasty scar, but I had to try anyway. Eric Lonergan would have caught me if the race was a mile longer. The 1st 3 runners times are off in the posted results. We were about a min. faster. My watch said 51:00, the clock said 50:55, but I’m listed at 51:40.

How many titles for you there now? Will there be another race tattoo coming?

I think this is my 5th BOF title. It’s funny how I got 5 VCM titles before 5 BOF titles. Steve Mazzone said I win there all the time, but this is my 17th BOF race, so I lose there more than I win. Doubtful on a BOF tattoo.

Next for me is Run4Kerri and Bobby Doyle. I fully expect to get my ass handed to me at both.

We thought that was the end of it, but then there was this from Matt: “Ask Sam Alexander why he didn’t do the Blessing. It wasn’t because he’s a TAYLOR, or because he’s too SWIFT to race against us.” Could it really be? “I told him he shouldn’t be ashamed of it…missing the 2nd biggest race in RI, and the most important race ever to go see a pop star.” Yup. It was confirmed. Now, Sam, did you think it all through? All these things will catch up to you.

Couldn’t just call out Sam for that, no. Had to do something a little more elaborate so I painstakingly worked a few Taylor Swift references into the article, including a couple of faux Matty P quotes. They’re all highlighted in blue to avoid confusion. After all, Matty did tell me that he is unfamiliar with TS.

Once again, thanks to Scott Mason Photo for the images. Check out his gallery and maybe purchase a nice souvenir! 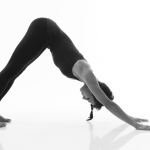 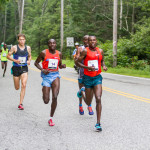