The Craft Concept Racing Team burst onto the scene in 2015 with a small, but stacked, roster. This elite women’s club is providing a much needed jolt to the competitive club scene around here, something that hasn’t been felt since the Western Mass Distance Project boys started making some noise back in 2012.

Hilary has the ‘A’ standard already in hand for the 2016 Olympic Trials marathon, which is the 2:35:08 that she ran at the 2014 Boston Marathon. We’ve grown accustomed to seeing Hilary dominating out in front at bigger races and winning titles all while sporting the BAA Unicorn on her chest. Dionne’s picked up wins at the Hartford Marathon, New Bedford Half (she’s the reigning USATF-NE half marathon champ) along with performing well in Boston and Falmouth, just to name a few.

We sent a few questions over to Hilary to get some more info on the big move and her future plans:

Hilary in action at the 2015 New Bedford Half Marathon. Courtesy of Scott Mason Photo.

Was there anything about the BAA that made you feel like a change was necessary?

I was doing a lot of workouts solo, and Sarah and Meagan are two of the people I was training with most anyway.

Was it an easy decision?

It’s something I’ve been contemplating for a while, so no, it wasn’t an easy decision in that sense.

What are you most excited about with this new team?

The entrepreneurial side of me is excited to be part of something brand-new, to be part of the first batch of members on the team. Already, it’s quickly become clear that this group of women is the right balance of supportive of each other’s goals, flexible and still highly competitive — just what I was looking for.

Any change in your target races? Frequency of racing, etc? Or maybe going after a few more team wins?

I’m racing Falmouth this weekend and then the Berlin Marathon at the end of September. I might not be able to participate in as many team races between now and the trials as I’d like to, but plan to do that next year for sure.

What’s your goal for Berlin?

My goal for Berlin is to run a competitive race and PR if it’s in the cards (weather, etc.). That would mean going under 2:35.

This weekend will be Hilary’s first official race a member of the Craft team. She’s run two races solo since leaving the BAA: Arnold Mills July 4th road race (which she won) and the WMDP Friday Night Lights 10K (close second to Laura Paulsen, which you may have seen live via some amazing coverage).

Dionne isn’t the only one to leave the Unicorn behind to be a part of something new. Sarah Bard also left the BAA to join this Craft team. One question we had for her was…

What was it about the Craft team that drew you in?

About a year ago, despite being part of a large club, I felt pretty isolated as a competitor. Surrounding oneself by people who will encourage you to set high goals, cheer you on, and support you as you reach to achieve them is, I believe, the key to growth as an athlete and as a person.

I’ve said it many times before, but before Craft was even an idea, I spent a year coordinating much of my training with Meagan. As a training partner, she really pushed and supported me as an athlete – and I definitely improved because of her. Having an entire team of people who are doing that for one another was really appealing.

Lastly, but just as importantly, was the flexibility. Before the team was developed, we recognized that there were a number of excellent women who were running unattached (or running for clubs that didn’t always field a team at races)- whether it be because they lived out of town and couldn’t meet the commitments of other club teams or another reason. It seemed like there should be an opportunity for these women to participate and contribute on a team level as well. The Craft team understands that adults are busy. We want to be flexible and work together to accommodate individual commitments and balance team expectations – allowing people to schedule their training and coordinate workouts as appropriate.

It is a very exciting time for this Craft team. Diving into that a little more, here are some Q&A’s with Bard and Meagan Nedlo.

What does it mean to you to gain a runner of Hillary’s caliber as a teammate?

Bard: All of our team members bring something essential to the group as a whole. We’re excited to have a growing group of strong, intelligent, driven women who are committed to fostering support for one another’s goals. Having Hilary join our fledgling group is an encouraging sign that we’re doing something right and that we’re filling a gap in the Boston women’s running community. We don’t just want to be another club – we want to be a club that serves our runners and can be flexible to the other aspects of their lives.

I can’t speak for Hilary, but I’m super excited. Each new team member contributes toward strengthening our community – raising our individual and team potential. I hope we can continue to build our team with passionate individuals and demonstrate that teamwork, commitment, and support is really a key to continued improvement in athletics and in all aspects of life.

Nedlo: Hilary has been my friend and sometimes training partner for several years, so when the plan for this team was hatched she was always a prime candidate in my mind. As Sarah said, every woman on the team contributes something valuable and Hilary is no exception. Plus, she fits perfectly into our profile-a strong, intelligent woman who balances work and life and everything else while still running incredibly fast! On a personal level, I’m thrilled to have a teammate toeing the line next to me at the US Olympic Marathon Trials next February. It will be so exciting to see more Craft on the starting line and to know that we will be supporting each other throughout the entire experience.

Bard & Nedlo with a finish that tugs at the heart strings at the Beach to Beacon 10k.

How does Craft standout in terms of support compared to other opportunities out there for women?

Bard: Certainly, at least in the beginning, there was less financial support than one might receive from a larger club (but way cooler gear!!). But we’ve focused on seeking out opportunities for building a team fund and are working collaboratively to set guidelines for financial support for races as we move forward. Post-collegiate athletes learn how to be a bit scrappy and I think we all have some experience and/or connections that we bring to the team, so that, even now, only ~6 months in, we can provide support and advice that is in line with that of the larger clubs.

As above, I think our team support for one another is unmatched.

Nedlo: Again, I feel like I’m just echoing Sarah’s answers but they were really good. =) As a fledgling team, we are fully aware of and transparent with the fact that we don’t have an endless budget to fund travel to races, etc. But what we do have is amazing product support-I know I’m biased, but I think Craft makes the best endurance sport apparel on the planet-and the backing of an organization that mirrors our team dynamic: athletic, driven, supportive, active young professionals who believe in us and want us to succeed. And as Sarah said, we are already in progress with creative solutions to utilize funds earned from local races (shoutout to the Level 10k for providing us with our first group winnings!) to help all of us out with race registration, travel, etc. We are just starting out but I believe we have the framework and mindset in place to grow and flourish rapidly.

This team is full of strong, Craft-y competitors and will be a force on the scene for the foreseeable future. Looking forward to covering them, too. They provide impressive results along with media-friendly personalities. In other words, they make our job even more fun. 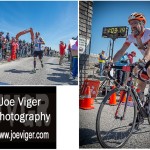