Man I Hate That One

My primary running focus these days (besides not embarrassing myself at Reach the Beach) is my training for the 2007 Clarence DeMar Marathon. The goal for my “lucky” thirteenth marathon is to break 3 hours for the first time and hopefully better Lance Armstong’s time in the process. Speaking of which, I’m working on getting Joannie Benoit to come run Clarence with me so she can elbow other runners out of the way, grab my Gatorade, and whisper encouraging words in the final few miles. Her people have yet to get back to me. I’ll keep you posted on that one.

Anyway, of the three core workouts I do for my marathon training (speed, tempo & long) the one I look forward to the least is, without a doubt, the tempo run. I don’t know why, there is just something about it that causes me dread. Maybe, it’s because I do it at lunchtime on Fridays after a long week of work, during the hottest time of day, on a hilly course. Or, maybe, it’s simply because it just hurts more than any of my other workouts.

Speed Work is fun for me. I think getting out on the track and running with 50 or 60 of my teammates is a blast. It’s sort of like a race, but much more enjoyable. And, the distances are short enough (400’s, 800’s, 1200’s, etc.) that by the time it really starts to hurt, you get to stop and jog. Long runs are also easy for me. I’m not blessed with a lot of speed, but I can run all day without a problem. I just dial in my pace and I’m set. Tempo runs are, by far, the hardest for me. So, it’s no surprise that I like enjoy them the least. However, it’s the Tempo run above all others that I find to be the true barometer of my running fitness.

This week’s Tempo run was scheduled for 8 miles in total. 1 mile of warm-up going right into 6 miles at Tempo pace, and then 1 mile of cool down. In order to psyche myself up for this one I tried to emphasize the positive. It’s been a month since my last race, so my legs should feel fresh … I’m down to 184 pounds, so I should feel lighter… The weather has cooled from earlier in the week, so it should feel easier, etc. The goal for this workout was to run a controlled 6:10 avg. pace during the tempo section with no mile of it (including the uphill sections) in over 6:20. I chose 6:10 because it was just slightly slower than the 6:08 pace I averaged the last time I ran this 8 mile tempo run, just before the New Bedford Half.

My totals were: 8 miles in 52:05 for a 6:30 average overall pace. 6 tempo miles in 37:20 for a 6:13 average tempo pace (or 3 sec/mile slower than my goal). I was a little bit disappointed that I didn’t meet my pre-workout goals. But, all in all, it’s not too bad for this point in the training. I had hoped to take advantage of the cooler temperature, but I didn’t. Maybe next time it will be hailing, or something, and I won’t have to do the workout at all.

Man, I hate that one…

Postscript: This story first appeared in Michael’s “pre-blog” blog called Mine Falls Milers and he re-published it  on his current blog Rock n Runner now because now “I wish I could run 6:13’s and be disappointed about it.”

Uncategorized Man I Hate That One
« Previous Story 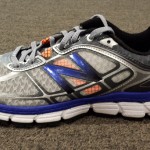