USMRT is On The Level…and Vice Versa

The Level invaded the US Mountain Running Team’s Google Hangout last night and got to interview two junior members and one senior member.

Tayte Pollman, 18, Sandy, UT Tayte enters his freshman year at University of Portland with extensive mountain running experience living in the mountains of Utah. Pollman has a 5K personal best of 16:09 and finished 6th overall as a junior at the 2014 Foothills 12K trail race, which has over 2600 feet of elevation gain. Tayte won the Jupiter Peak Steeplechase race on August 1st of 2015. This race is a 16 mile up/down mountain race which has 3000 feet of elevation gain and descent.

Connor Wilson, 19, Fort Worth, TX Connor enters his freshman year at the University of Portland this fall, with a 16:03 5K cross country personal best after four years competing for Nolan Catholic High School in Fort Worth. Wilson spends the summers training in Montana and this fall will be training side-by-side with fellow teammate Tayte Pollman at Portland as they prepare for the championship in Wales.

Articles USMRT is On The Level…and Vice Versa
« Previous Story 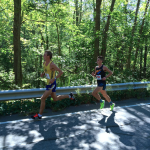 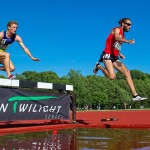