Good luck to the Western Mass Distance Project men out in Germany who will be racing the Berlin Marathon this Sunday.

Our journey begins and will end here…

The ones running (that we know of), with bib numbers:

One Wolf not running with the pack out there is Jon Joyce, who will be racing the Hartford Marathon as part of the New England’s Finest program. But back to the guys competing on Sunday, this isn’t the first time the team took a pack out to a major. Back in 2012 they ventured out to Chicago with an even deeper team to dominate the Windy City:

It’s worth a read…or a re-read. Like we said at the beginning, we wish them the best of luck. This guy has run the race before, and as amazing of an experience as it was, having 5 other teammates there to run with would’ve been that much better. Those guys should have a blast. 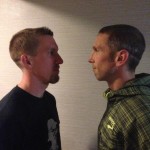 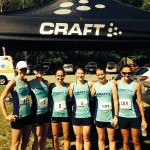