The title makes more sense if you sing it to the tune of Kung Fu Fighting. Anyway, Exactly one week ago (to the second) I was sitting in a coffee shop and doing my daily updates when I found this Facebook post from Dave Dunham:

35 years ago today (10/21/1980): I went to a fight and a cross-country meet broke out. Billerica versus Tewksbury dual meet at Tewksbury high school. John Dangora and I were in the lead pack with a couple of Tewksbury runners. Elbows were thrown and there was some pushing and shoving. We got behind the school and John said something like “are we going to race or fight”. It turned out we’d do both. I took off and won the race (2.7 miles in 13:10), John took second. When Tewksbury runner Nick Romano crossed the line John threw a punch and the brawl ensued. I remember Coach Mike Granfield ending up on top of both of them and eventually separating them. What a wild dual meet!

At the time I got a good laugh out of it. Soon after I got to thinking that it might only be funny to me because it happened 35 years ago. Imagine if that happened today? People would be quick to wag their fingers and voice their displeasure. Not that they’d be totally unjustified for doing so, but surely there would be some overreaction in there (think Helen Lovejoy’s irrelevant “oh won’t someone please think of the children” response to seemingly every whacky Simpsons scenario).

Sure enough, two days later we got hit with this ‘bombshell’ (courtesy of Flotrack):

Nick Terreri of Truman State shoved Indianapolis runner Joel Keller about 200m into the race. Keller almost fell because of the push, and responded by attempting to rip Terreri’s bib number off his singlet. Terreri then proceeded to grab Keller and throw him to the ground, followed by a few punches.

You can see the whole story here, including a GIF showing ‘the punch’ in super slo-mo. It seems that full video and subsequent tweets had been taken down, so all we’re left with is that GIF that makes everyone look bad. The dude throwing the punch looks like some sort of harrier terrorist. The guy taking the punch looks like he’s a career victim meanwhile the guy waving…the guy waving…oh man. That poor guy. He might actually look the worst. It’s unfair, yeah, but when you’re immortalized in a GIF like that, well it’s tough to find the positive.

This of course was fodder for the message board trolls on LetsRun and it became a pretty hot thread. Needless to say, the word “pussy” was bandied about. If they did a ‘word of the day’ on LR based on usage, it would’ve been in the running.

35 years from now, surely there will be laughter, but while it’s fresh there’s quite a bit of finger-wagging. So what makes this so different? Well, for one thing the fight happened during the race. Sure, contact is a part of it, but shoving someone in the back is quite another thing. If Terreri did the shoving then got punched and they continued on their way, that would seem to be more of a, ahem, reasonable incident. As reasonable as it can be when people lose their shit in the heat of competition. One guy crosses the line, gets smacked for it, then the competition continues. Instead, Terreri went on a mini-rampage by initiating the fight with a shove and then punching a couple of Indy runners. Only 200 meters into the race! That’s crazy.

The whole thing started with a cowardly push from behind in competition, while Dunham’s old school XC brawl started after the race. I’m assuming the guy at least saw the first punch coming.

Now back to that P-word that was peppered so profusely through the message boards. Some people seemed to think man cards should be pulled because they finished the race. What were they supposed to do? Fight until the death? It’s a cross country race, not Thunderdome! Last I checked, teams weren’t required to bring body bags to meets. Even Cobra Kai only aimed to put people “out of commission“.

When things get heated in a sport, whether there’s a fight or not, order is eventually restored and the main focus turns to beating your opponent on the scoreboard. Your focus turns razor sharp as your motivation is fueled by the rage boiling over from the altercation. In a hockey game you regroup after a fight and check a little harder. You want to put some pucks on net and get the win. So in cross country wouldn’t it be fair to say that the guys should keep running?! It’s the whole point of the sport! If hockey players get into a fight and then respond by skating a few miles away from the arena (just try to picture Patrice Bergeron skating up Comm Ave…you’re welcome), then sure you can pull out the P-word for them. But when a runner responds to a fight by trying beat their opponent in a…GASP…foot race to the tape, how is that a sign of being less than a man?

It turns out the discipline was handed down rather quickly. Luckily for all of us, the Great Lakes Valley Conference didn’t see the need to hire Ted Wells and take 12 years to sort through all of this. Goodell, take note. Terreri and Keller are suspended from their next XC race, while Terreri is also out for the GLVC indoor and outdoor track championships. He’ll be allowed to compete in the regular season action, which is great news for those looking to see more physical racing! You can find the whole story here:

Buried at the bottom is something a little more disturbing than the fight itself…a statement from the GLVC about how the incident was made public:

“Furthermore, it is profoundly disappointing that representatives of another Conference member institution that captured the misconduct on video felt compelled to share the incident on social media. The actions of those individuals changed the entire discourse of the GLVC Cross-Country Championships and subsequently damaged the reputation of both our sport and our league.”

Maybe Goodell does have a hand in GLVC business after all. The only thing damaging the reputation of the GLVC is whatever dipshits they have issuing statements such as that one to the press. It is profoundly disappointing that an institution would think that. It makes one wonder if any disciplinary action would’ve occurred if the incident wasn’t thrust into the spotlight, such was their desire to sweep it under the rug.

Bookmark this and set a calendar reminder for 2050. We’ll see how it funny it is then. But then again, it couldn’t possibly be as funny as Dunham’s fight because then that one would be 70 years old. 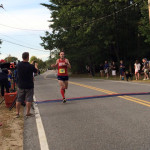