November 18, 2015 – NORFOLK, VA – The Collegiate Running Association is set to welcome over 450 college students representing over 20 states to its inaugural Half Marathon road race championship in Norfolk, VA on November 22, 2015. The race, which will be held as part of the Blue Moon Harbor Lights Half Marathon hosted by J&A Racing, has more than 2,500 total registrants set to run through historic downtown Norfolk and along the majestic Hampton Roads Harbor. A $10,000 prize purse will be paid to the top ten men’s and women’s collegiate finishers, making this the first Half Marathon to reserve prize money specifically for college students. The race will begin at 7:30am and conclude with a post-race party from 8:30am – 1:00pm.

“We are thrilled to bring our first Half Marathon road race championship to Norfolk, VA,” said CRA co-founder Jon Molz. “Since the creation of the CRA just over two years ago, many college students have reached out to us requesting a Half Marathon championship. It’s an incredibly popular distance to race, both for elite athletes and novice runners looking for a bucket list challenge. J&A Racing and the Blue Moon Harbor Lights Half Marathon have given us tremendous support and we are confident this will be a memorable race weekend for all of our competitors.”

Collegiate Running Association National Half Marathon Championship”, said Race Director, Jerry Frostick. “We look forward to welcoming collegiate runners and other student athletes from across the country to experience our vibrant and historic City of Norfolk.”

“The elite fields have shaped up nicely over the last few weeks and we expect another extremely competitive CRA championship race,” said CRA co-founder Steve Taylor. “In addition to high quality athletes, we are also proud to be bringing in great students – both at the undergraduate and graduate level. These are truly some of the top student-athletes in the country; they are lifelong learners and runners and we are glad they are traveling to compete in this championship race, which was created with them in mind. To see athletes coming from Alabama, Arizona, Colorado, Texas and elsewhere shows that the CRA is continuing to grow and by partnering with great events like the Harbor Lights Half Marathon, we know the future will remain bright.”

In addition to the Half Marathon on Sunday morning, the weekend will be filled with exciting events over a three day span in Norfolk. The event kicks off on Friday, November 20 with a Sports & Fitness Expo at the Half Moone Cruise and Celebration Center; Saturday, November 21 features the Chartway 5k and Kids Final Mile hosted by Bon Secours In Motion, and will also have a CRA Elite Runner Forum at 3:00pm at the expo; Sunday, November 22 will conclude with the Half Marathon and post-race party. The events also coincide with the 31st Annual Grand Illumination Parade produced by the Downtown Norfolk Council

Will Christian (Old Dominion University, Norfolk, Virginia) – Pursuing his ME in Environmental Engineering. Has competed on four World US Military teams in his career. Was the 2004 ACC Champion in the 5000m and has also placed in two CRA championship events. Aspiring to qualify for the Olympic Trials in the Marathon. (14:24 5k, 65:10 ½ Marathon, 2:19 Marathon)

Ryan Hagen (Mary Baldwin College, Staunton, Virginia) – Studying to be a Doctor of Physical Therapy. Completed undergrad at Virginia Tech. Has great range from the Mile to the ½ Marathon. (4:02 Mile, 14:25 5k)

Brandon Lord (University of Virginia, Charlottesville, Virginia) – Currently enrolled in the McIntire School of Commerce at UVA. Lord was a three-time NCAA Division I All-American and the 2014 SEC 10k champion for the University of Georgia. (13:43 5k, 29:09 10k, 63:59 ½ Marathon)

Julie Patterson (Maverick Multisport, Endorphin Fitness; Virginia Commonwealth University, Richmond Virginia) – University of Richmond school record holder in the 10,000m, a standout triathlete that placed 2nd in the 2011 US Collegiate National Triathlon championship and was a member of the USA gold medal winning triathlon team at the 2012 World University Games in Taiwan. Currently pursuing her PharmD/PhD in Pharmacoeconomics and Outcomes Science at VCU. (34:50 10,000m, 1:18 ½ Marathon) 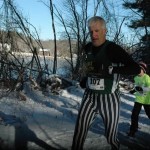 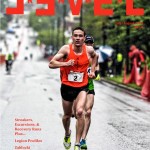