Recognize any of these guys? How many can you name?

This is a throwback pic of one of Saucony’s Corporate Challenge teams from late 90’s, a team that was pretty dominate. There are a few members of Level Legion in the ranks there.

The Saucony guys in the front, going left to right: Jim Dandeneau, John Gorman and Chris Harig. In between Gorman and Harig, with his eyes closed, is Kevin Retelle. This was taken at the starting line at the ’97 Chase Corporate Challenge championship race in NYC.

Chris: We had some great teams Jim, Kevin, John, Chris Teague. Teague was a beast. Killer runner. Kevin Retelle was an awesome training mate and would do some crazy workouts with me and was always up for a run.

Jim: Retelle was one check of a runner and even more important was a GREAT guy. I am certain he could tell you more about these teams than anyone.

Chris: Teague and I would also run every morning at 7 am at Saucony, and if one of us didn’t show, we’d have to buy Friday lunch. He had another gear that most guys don’t have. Gorman was steadfast, he would never ever miss a run and would get up at 4am every morning to run. Even when we travelled he was in bed by 8 and up at 4. Crazy. Jim was just a talent running, and would always set the pace.

John: Me, Chris and Kevin used to run mile repeats at lunch. We ran part of the Saucony 4.5 mile Classic Road Race on Forest St near the Salem Country Club. That was George LeCours race who was the team Captain and organizer.

Jim: I have a video of the 1997 Chase Corporate Challenge Finals race as it was on an old ESPN show “Running and Racing” hosted by Toni R. We won the Boston event (males) in 1996 and 1997 allowing us to compete in the Finals in NYC. Also, Kara Malloy (Haas) won the Finals in 1995…I believe Chris Teague came along in 1998 and provided a whole New level. He was still racing good but certainly not up to what he had done as an undergrad at PC (7:59 3k!)…huge talent. It was nice to know a few RI guys, such as Harig (who grew up in Cumberland went to Mount St. Charles and while an employee qualified for the World Juniors in the Triathlon). Unbelievable athlete.

A little more about Chris, who ran at Furman University and now works at Microsoft: – raced Multisport, qualifying for Worlds 5 or 6 times and was top American twice. – Long Course Duathlon National Champ in 2010. – Raced bikes for a few teams in Seattle as well. That’s a pretty stacked resume, and we’re sure there’s much more to it.

John: I was in really good shape in the Summer of 1997. I was on the threshold of turning 40 in the fall and ended up running a 2:38 marathon and 26:00 5 miler. Having said that I was still only 3rd-4th man on the CCC team. It was usually Jim, Chris, Kevin, me and the store manager in Bangor, ME in that order.

Saucony by coincidence was a sponsor of the Chase Corporate Challenge. I remember Chase didn’t like us winning in Boston due to a conflict of interest. But there was nothing in the contract to disqualify us. Then we got to the championship in NYC where other teams thought we were all full time runners. Chase had to do some trouble shooting explaining we were amateurs. Yet, the British team The British Postal Service won the whole thing and we were told they really were professional runners. We couldn’t do anything about it.

The best part of it all was the post race parties in Boston and NY. In January they laid me off and that was all she wrote for me!

And coming sometime in the near future…

John: Eric, we still have to get the River St West Newton story started.

Jim: The West Newton (3-4 Cumberland natives…Ratcliffes, Gillollys, Dan Grundy) is much better underground, On the Level reading. If I am not mistaken it was there the genesis Shoot the boot started. Having been a high schooler and walking into that house with the guy who just won the Olympic Trials marathon (Pete Pfitzinger) is something I will never forget…

I believe they had a cat named Yifter (after 1980 Oly 5k 10k champion Miruts Yifter).

John: We also had a cat named Cierpinksi. They named him after the alleged blood doping East German gold medalist in 1975 and 1980 Olympics.

Shoot the Boot Genesis was In Rhode Island but made popular in West Newton and beyond. 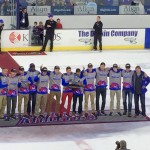 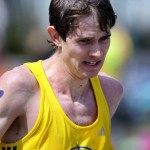