The second of three BU Mini Meets for 2015-2016 took place this past weekend and for such a random early event, there was quite some action. An olympian and the son of an olympian toed the line for a couple fast miles. Rabbited by Dartmouth/Oregon alum Will Geoghegan (Nike), Johnny Gregorek (Asics) plowed his way to a sub 4 minute mile via 61′, 2 flat, 3’01, and a 57 second closing quarter to dazzle the field with a 3’58.15 out of the first section. GBTC’s Chris Kibler (4’08.98) and New Balance Boston’s Andrew Pitts (4’09.49) would sneak under the 4’10 mark for 2nd and 3rd.

The second section was even more exciting as USA National Silver Medalist Erin Donohue toed the line with some familiar male faces. Donohue would eventually get dragged to a 4’31.24 in the same race as Fitchburg State’s Jake Hastings, Whirlaway’s Brandon Newbould, amongst others. Even if it’s been some 7 years since she made and olympic team, she’s still on her game! 2nd and 3rd fastest females in the mile were Heather MacLean (4’55.71) and Kealey Jackson (4’59.30)

The mile wasn’t the only quick event on the day. There were other notable performances as well:

No camcorder was present on-site, but we managed to eek out a phone video of the sub-4 and a finishing photo of Donohue’s 4’31. Check out full results here: 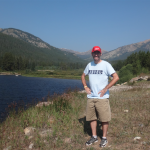 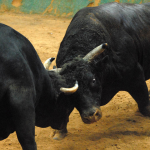 A Pair of Bulls