There are certain things about being a runner that you just learn to accept. We know we finish a race as a sweaty, salty mess. We know that you will need the bathroom at the most inconvenient times. We know that non runners will regularly comment on how we are “crazy”.

We have posted about black toenails, chafing, and blisters, and other common foot pain before. Our feet definitely take a beating from all those miles in shoes as we chase down our dreams (literally), and today we are going to cover another topic that many runners have to deal with.

Before now, you may have spent hours searching the internet trying to figure out the best course of action to treat your bunions, but hopefully by the end of this post you will feel a little better. Is surgery a viable option or not?

Should I be Worried about my Bunions?

A bunion, as most people know, is a painful and unsightly foot deformity that manifests as a sharp, angular bump forming on the inside of your foot, right at the base of your big toe.

Though it may look like a bone growth, it’s actually the result of your metatarsal bone pointing one way and your big toe pointing the other. Bunions develop gradually over time, but you may not have any foot pain initially.

They’re particularly problematic for runners, since every time your foot hits the ground, it absorbs an impact force of up to three times your body weight in a few tenths of a second.

The cumulative stress of thousands of footstrikes every time you go running can stir up bunion trouble much earlier than if you lived a relatively sedentary life.

How do I Treat my Bunions?

So, if you look down at your feet every day after taking off your running shoes and see an increasingly severe outward deviation of your big toe, or if you’ve started to develop ball-of-foot pain because of a bunion, what are your options?

In the short term, bunions can be managed or accommodated by rest, orthotics, icing, and other conservative measures, but the only definitive solution for adults is surgery to correct the bone deformity.

Corrective surgery for bunions is so common that it’s a “bread-and-butter” procedure for podiatrists and foot and ankle orthopedists; many perform several bunion surgeries every week.

A 2012 review paper by Nikolaus Wülker and Falk Mittag, two doctors in Germany, estimates the prevalence of bunions at a startling 23% of the population between ages 18 and 65, and 35% among those over 65.1

With numbers like this, you can see why doctors end up performing so many surgeries!

Despite how commonplace this type of surgery is, it’s still no walk in the park. According to a scientific paper by C.C. Tai and other doctors at Barnet General Hospital in the United Kingdom, there are over a hundred different surgical options to consider when conducting a bunion surgery.2

Between 25 and 33 percent of patients are dissatisfied with the result. Bunion surgery, like any surgical procedure, also carries a risk of complications, some of which can be permanent or debilitating.

Since bunion surgery involves cutting and repositioning bone, the recovery period is also quite lengthy compared to a simple procedure.

In a 2003 paper published in Foot & Ankle International, Dr. J. Chris Coetzee describes the recovery program for patients undergoing one type of bunion surgery.3 For the first two weeks after surgery, his patients were in a cast and using crutches, then used a “casted shoe” for partial weight bearing for the next four weeks before transitioning into normal walking and a rehab program. Coetzee’s goal was for his patients to be able to go jogging three months after surgery.

Though other doctors likely use different rehab protocols, this nevertheless illustrates that bunion surgery involves a substantial recovery period.

On the other hand, ignoring a bunion is also not a tenable solution.

As mentioned earlier, bunions can get progressively worse, and severe cases of bunions are fiendishly difficult to correct surgically.

The only way to wade through this mess of options is with the advice of a trusted podiatrist or foot and ankle orthopedist who has a lot of experience working with runners.

If you’re worried about a worsening lateral deviation of your big toe, or if you’re starting to get pain from a bunion that’s affecting your running, you should at least see a doctor.

That way, you can get ahead of the curve and review all of your options before your bunion gets worse.

Why talk to a physician?

You may well elect not to have surgery immediately, or even within the next few years, but the only way to make an informed decision is discussing it with a professional.

Tai et al. underscore the importance of having a conversation with your doctor about your expectations before deciding to undergo surgery—you should make it clear what you’d define as a successful outcome.

For some, that might just be going for a three mile run a couple times a week, but for others, that could be doing fifty miles a week and running marathons again. It’s critical that you and your doctor be on the same page with regards to expectations so you can make the right decision.

In his article, Dr Coetzee emphasizes the importance of choosing an experienced doctor, since the learning curve for bunion correction surgery is extremely steep—when you put the future of your running career (and your day-to-day comfort) in the hands of a surgeon, you want to know that he or she has a lot of experience with your particular procedure.

In the hands of a good doctor and with perhaps a little luck, a bunion doesn’t have to spell the end of your running career.

Articles, Maintenance, Training Running with Bunions? You Need to Read This
« Previous Story 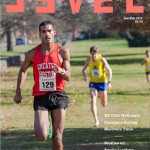 Wake Me, Shake Me, When It’s Over 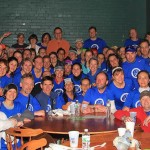