The 2016 Granite State Snowshoe Series is off and Jim Johnson and Leslie O’Dell picked up right where they left off.

Since southern New England was getting hammered by rain early Saturday, it’s possible many of you weren’t even thinking snowshoe. However, the Mt Washington Valley region was getting some good snow and the conditions were right for yet another fast Whitaker Woods Snowshoe Scramble. 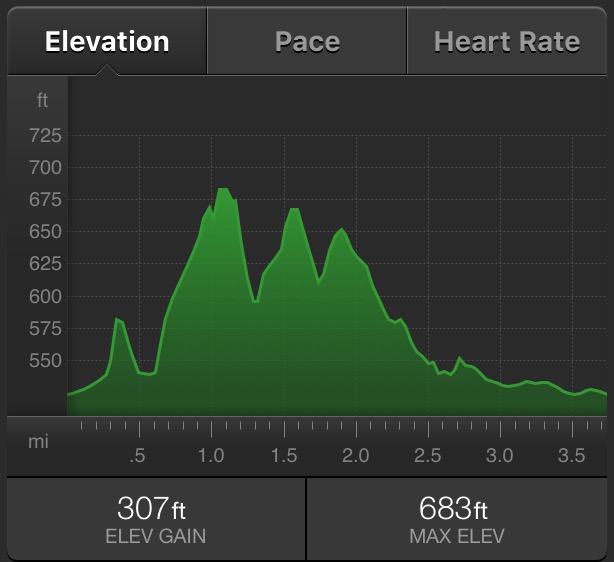 Elevation profile of the race. Just in case you were wondering.

Jim & Leslie, the reigning series champs, even looked the part in their brand new Six03 onesies (fine, Nordic suits). Speaking of Six03, they were out there in force; 21 of the 77 finishers were sporting Six03 gear. Unofficially, they were the team champs. Still waiting on the team results so we can’t say officially yet.

As mentioned earlier, conditions were fast…for snowshoe. For a Whitaker Woods race, which has been quite fast in recent years (i.e. mostly groomed, packed trails), the fresh snow slowed things down just a little bit. Take Jim Johnson’s time as an example: he came in 2nd in 2015 with a 25:17 (trying to chase down winner Nacho Hernando’s 24:49) but only ran a 26:29 for the win in 2016. Not exactly a clean cut comparison because last year he was chasing somebody down, while this year he didn’t actually have to run any faster. Maybe if second place EJN had a full body spandex suit as well then it would be a little more evenly matched.

Uniforms aside, the race itself was over fairly early. From the gun Jim took it out pretty hard. It seemed clear fairly early that it would be Johnson’s race to lose, with Narcisi, Chris Mahoney and Andy Drummond duking it out for the next three slots. However, unbeknownst to the other frontrunners at the time, Drummond lost a snowshoe with the first quarter mile and was done. It was a very tough break for Drummond, who surely would’ve been in the mix.

Johnson pulled away on the first climb, while Narcisi slipped past Mahoney. Johnson would soon pretty much be out of site from the field, save for a couple of turnaround points.

For O’Dell, her lead over second place was similar to Johnson’s situation. Runner up Sarah Canney, also a Six03 runner, came in next in 33:32.

For more, check out this cool slo-mo video of the start (by Ryan DuBois, Six03):

Note: The next event in the series is the Beaver Brook race on January 31st. Keep in mind that the Horsehill race on 2/7 is also part of the USATF-NE All Terrain Runner Series. 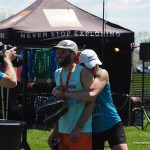 5 Tips to Get Back on Track With Your…