Todd Callaghan took a break from his Sonoma 50 training to get a few questions out to Brian Rusiecki, who just recently was named one of top Ultrarunners of 2015 by UltraRunning Magazine. Here’s the conversation, from one ultra guy to another: 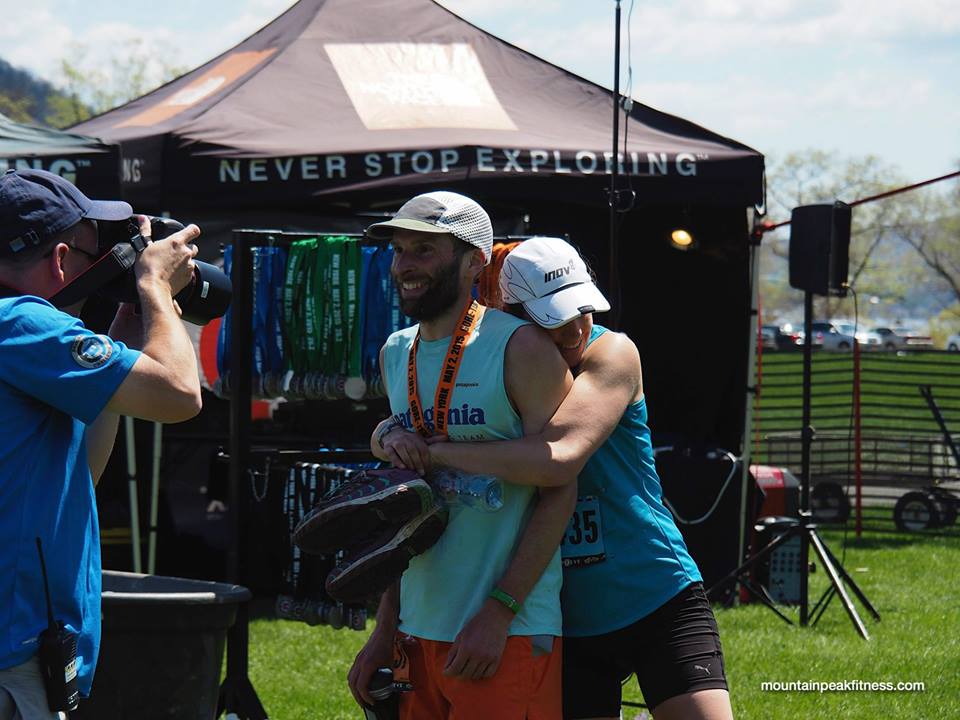 You made it solidly into UltraRunning Magazine’s Top 10 list (#7 to be exact). How does that feel? Your wife, Amy, suggested that you have been recognized on this list before, so maybe now it’s not such a big deal?

I think this is the 4th time I made the list. Every time I make it I am surprised and honored. It’s a nice gift in the winter that gives me a little extra motivation for training thinking about the upcoming season.

I’ll tell you honestly that when I saw your name on the list I was pretty fired up because you beat out professionals like Max King and Sage Canaday – two guys who run hard and long and get a lot of press. How does it feel to be running at that level?

Honestly I don’t feel like I am on the same level as those guys. They run for a living and I have a real job that I have to take care of. In most any race situation they would smoke me, I never have a shot running with them at a road marathon or something fast like that. Heck, I’ve never even run a marathon. I am kind of like their ugly stepsister. Yes we both run, I am slower and frumpier, but perhaps more durable.

We all know how difficult it was to train through last January and February when we had record snowfall. How did you keep your mileage up so that you could be ready for the Zion 100 in April?

I am fortunate to live near a large network of snowmobile trails, so there were lots of back-to-back long snowshoe runs on the weekend. I would also run on the dirt roads and less traveled roads in the Western MA hill towns. Road running is not my first choice, but last winter was so brutal that essentially all trails were off limits. Since it snowed so much I was also able to do quite a bit of backwoods XC skiing. I am kind of a hack at skiing, but it is fun to do something different. Going into Zion I had not run on dirt yet since there was so much snow and ice back here. It felt great to run on dirt, but I was not fully prepared to run that race. I get a lot of fitness from running hilly trails and had none of that before the race so all the climbs felt really labored, even from the start. Running should feel effortless in the first bit of 100 and I paid for the effort later in the race.

You’ve been able to have success across the country and internationally, which is awesome for someone from New England where there is only one peak above 6000′. While you’ve done really well in east coast ultra races (according to Ultrasignup none of your finishes was below 3rd), your 12th place finish at the Leadville 100 miler in CO last August really stands out. How did you train for that race given that the elevation ranged from 9,200′ to 12,600′? Did it leave you wanting to do more of the higher altitude ultras?

I struggle with altitude. I start to struggle above 5000’, I can just feel myself having to give a lot of effort just to run on flat ground. Knowing this I knew I needed to do something prior to Leadville. I slept in an altitude tent for 6 weeks leading up to the race. We also went out 2 weeks early to try to acclimatize. I remember arriving in Leadville (10,000’ altitude) after we drove from the airport and feeling light headed walking around the grocery store in town, I was bumping into things and people in the small store aisles. That being said the altitude tent really did help; I was able to run around Turquois Lake the first day and not pass out. Other times I have tried this in the past I really struggled when I first get out there. Amy didn’t sleep in the tent and I did, so we could see the difference between the two of us dealing with the altitude, I faired a lot better. In the two weeks prior Amy and I hiked some of the 14’ers in CO. Makes perfect sense right? Sea level to 14,000 ft in a day. Looking back I would change a couple of things: If I am going to go through the trouble of sleeping in the altitude tent, I would get a mask and do workouts in the thing, also do more runs at altitude prior to the race (we mainly hiked). During the race I felt ok until about 50 miles and then I totally tanked. I could barely make it back up Hope Pass (the high point of the course at mile 45 and 55, 12,600’), I had trouble breathing and felt totally worked. I had a hard time just maintaining a slow walking pace. Once getting down to the low point in the course (9000ft) I felt reinvigorated, unfortunately that didn’t last that long.

As for more high altitude ultras, I love Colorado, but just not racing out there.

For those of us who have, or are attempting, to race at longer distances, we know that nutrition and foot care are two very key elements to success. What’s your nutrition plan for ultras? Do you make any of your own nutrition products?

I have a different plan for 50 mile and 100 mile races. For 50 milers, I can get away with gels and some drink mix. I am usually running hard enough that my body can process the sugar or anything I give it. For 100 milers, it is a totally different story. I drink mainly water with maybe some Nuun or something similar mixed in and shy away from sugar. I do a lot of bars, right now the small Chia bars are my favorite. I also take a small amount of gels mixed in when I feel I need it. After about 40 miles I start drinking Ensures (yes the old people drink), they usually go down easy and give some protein along with a good amount of calories in 1 shot. I will also do some energy chews later in the race when I feel my body needing the sugar.

What is your favorite shoe/sock system and how do you care for your feet over the long miles?

My favorite socks are the Drymax trail runners, they last forever and are the right weight (thickness) and never bunch up in the shoe. For shoes, I like a cushy shoe with more protection. For the last year or so I have primarily run in the Scott Kinabalu, I have had good luck with those excluding some major shoe sidewall blowouts. I also really like the Hoka Clifton even on the trails. I tried some of their trail models and prefer the Clifton. For my race foot care, right before a race I always Body Glide my feet, I probably go through a tube of the stuff a week in the summer lubing up all the various parts of my body. One other thing I find is that I have changed my shoes in a few 100 milers when I feel something not right with the shoes. I think this is important because a little irritation at 30 miles will be a lot of pain at 100. Actually at Grindstone 100 this year I tied my shoes too tight and it dug into the tendon on the lower part of my shin. After the race I could barely walk and my feet and ankles swelled up considerably the days following the race.

You did races in Utah, New York, Vermont, Virginia, and Colorado last year. What was your favorite race last year?

I think my favorite race was actually North Face Bear Mountain 50 Miler, I finally won that one after 6 years of trying. The finish line pictures look like I just won the lottery.

I know that you’ve been on at least one national team for long distance trail running. What is that experience like?

I was honored to have the experience, but honestly it was a little bit unnerving. Normally when I race if I have a bad race it only affects me, not an entire team. I put lot of pressure on myself to not self destruct, but still run hard

Lastly, what draws you to ultra running and what kept you fired up to race over 600 miles in seven months last year? (Which is a phenomenal feat, by the way.)

I think there a lot of factors that play into my draw to ultarunning. The simplicity of it, the places I travel to, the sense of accomplishment, the fitness benefits, the list goes on and on. The fact that I raced a lot has kind of crept up on me as 100’s have gotten easier and less epic. After my first 100 (and signing in blood never to do that again) I could never imagine doing more than one 100 in a season. Then, things got easier as I kept working at it and figuring stuff out. Now since all of this is getting so popular races are getting harder and harder to get into. The signup deadline for the major races I am doing next year have already past, so you have to plan well in advance. Then during the season a few races or opportunities will always pop up and I always figure ‘what is a couple more’. Before you know it you have raced over 600 miles in a season.

Thanks Brian for taking to time to answer these questions and good luck in 2016! 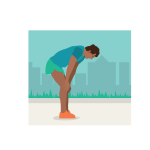 Don’t Crash and Burn: How to Avoid Runner’s Burnout 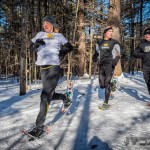