Middlebury, Vermont – January 29, 2016 – The eighth edition of the “Middlebury Maple Run – The Sweetest Half” is scheduled for Sunday, May 1st with a starting time of 9 a.m. The Middlebury Maple Run is one of New England’s “must-do” races with an estimated 800 to 900 runners expected for this year’s race.

Every year race organizers add a few new features so that the race day experience is fresh and fun—keeping runners returning year after year.  More than 600 runners have run the event two or more times during the event’s seven-year history. Some of the new and upgraded amenities being offered this year include:

And back this year by popular demand: 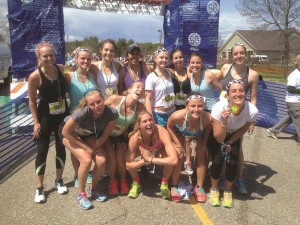 Support from the business community is essential to the event’s success. There are many expenses incurred prior to race day, such as professional services, logistics, equipment and marketing. IPJ Real Estate and Addison Advisors return this year as title co-sponsors. Support is also provided by Deppman & Foley, Omya, Addison County Chamber of Commerce, Cabot Cheese,  Middlebury Fitness, WhistlePig Farms, as well as media sponsor Addison Independent.

Proceeds Distributed Via Grants The proceeds from the Middlebury Maple Run are donated via grants to Addison County-based non-profits.  In 2014 race organizers distributed $8,500 to eight deserving groups; in 2015 six groups received $4,800. Grant applications are now available and the deadline for submission is March 1st.

Economic Impact Local lodging properties, restaurants and merchants will reap benefits as well. Approximately 40% of the runners come from out of state—the majority from neighboring New England states and New York. Many runners will be traveling with family and friends resulting in more than 1,000 visitors in the area during race weekend. The Addison County Chamber of Commerce estimates the Middlebury Maple Run provides direct economic impact to the area of at least $100,000.

About the photo: Students from area colleges celebrate their accomplishments at the finish line of 2015’s event. Approximately 25% of race participants are students—mostly from Middlebury College, UVM, St. Michael’s College, and Dartmouth. 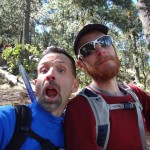 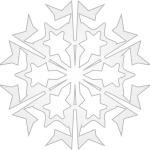 Thank You Letter to Mother Nature