While the young whippersnappers were busy tearing up the track at the BU Terrier Invitational over the weekend, Providence hosted the USATF East Region & New England Masters championships. According to a release from USATF-NE: 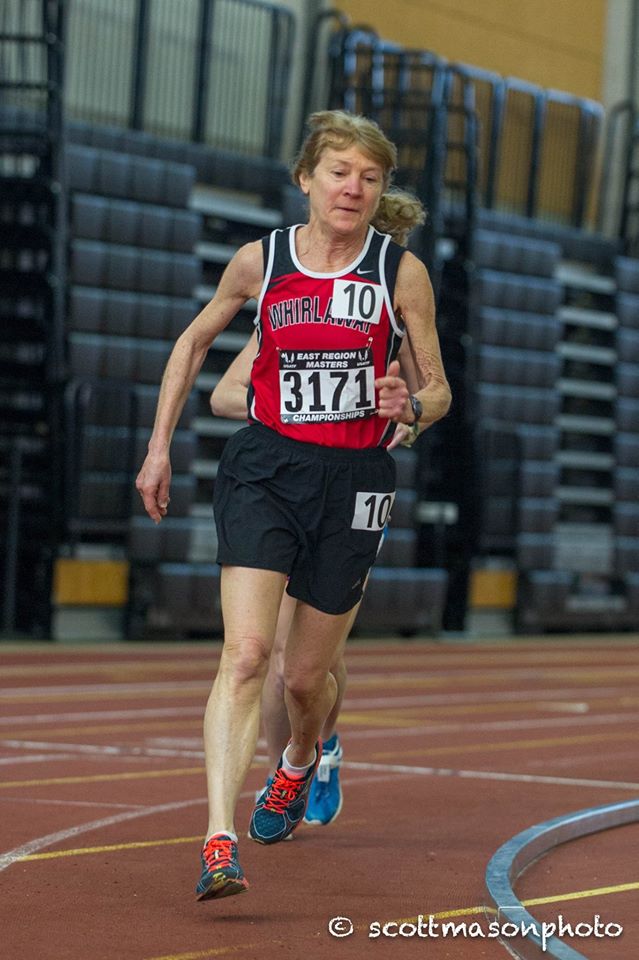 Three new USA Masters Age Group records were the highlight of the USATF New England and East Region Indoor Masters TF Championship held at the Providence Career and Technical Academy track facility on Sunday. On the track, Jan Holmquist (Whirlaway RT) took down the W70 3000 meter record by with her time of 13:06.42 which age-grades over 100% (the meet’s highest mark). On the field, Mary Roman (MassVelocity) established a new standard in the shot put for W80, 8.04m/26’4 1/2″, and David Montieth (Unattached/Ridgefield CT) cleared 1.53m/5’1/4″ for a new US best in the high jump for men age 70+

Jessica Marlier showed her elders that the kids can in fact hang by running away with it in 10:18.67. Leslie O’Dell came back from the mile in 10:54.98, but couldn’t pull off the double gold. It was Ginger Reiner who came away with the 35-39 title in 10:47, with Leslie having to settle for silver. And they all paled in comparison to…Jan Holmquist, who doubled. Yes, Jan doubled and still dropped a 13:06.42 for 3,000m which age-grades to an other worldly 8:19.54. In case you forgot from the intro, that’s a national AG record. 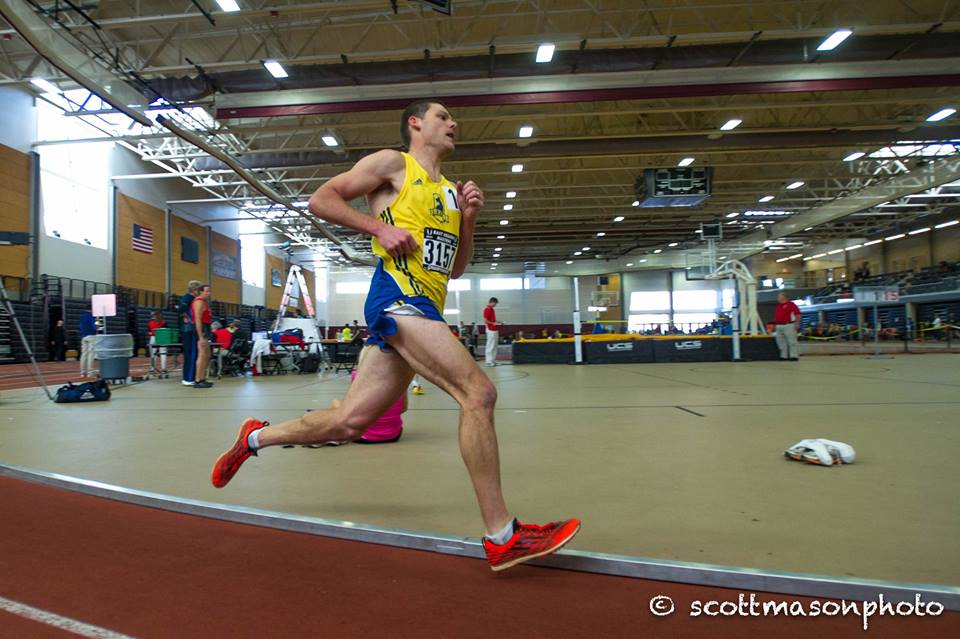 Galoob was all alone in the 3,000. Courtesy of Scott Mason Photo.

Mike Galoob, the masters national road 10k champion, ran one of the finer performances of the day with his 9:02.43 effort. That was by far the fastest 3,000 time and gives Mike a solid time for the 2016 USATF-NE All Terrain Runner Series. It age-graded to an 8:43.56…once again, no Holmquist but still solid enough to give Mike the 40-44 title. There were some doublers in this group too, including Robert Jackman (3rd in his AG, 10:03).

Double gold for Jessica Marlier! That was well worth the trip from VT now wasn’t it? Jess crushed the field with her 17:52.10. Top over-40 runner was…Roberta Meyer in 20:58.

Double gold for Chris Magill too! Chris ran a 16:33 and won another close battle for fastest time of the day, this time besting Doug McLucas (45, 16:37.1). As a consolation prize, Doug was in the next AG and won that handily.

For more on this: 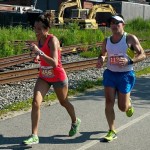 A Marathon Hard Earned for Caraviello 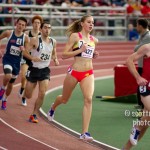