So we all know the big indoor meet of last weekend was the BU Terrier Classic. And it sure was big indeed, not only in size but also in performances. The LVL was spectating the meet remotely courtesy of FloTrack and caught glimpses of some local post colLEGIONs throwing down fast times:

Starting with the women:

Not to mention Megan Krumpoch rabbitted her New Balance Boston (yeah that newly named professional group in the area) teammate Abbey Dags to a 4’31 mile later on in the evening!

The men were just as exciting:

Sub-4 mile races seem to be a tradition at these BU meets nowadays. This edition was lead by the BAAs very own Chris O’Hare in 3’56.00. Coby Horowitz broke the barrier for the first time out of section 2 with a 3’59.55! NE Distance Athlete Nick Ross oh so close! Three men from Syracuse went under including Pembroke native Joel Hubbard.

Canadian Olympian Taylor Milne showing no signs of old age as he wins it with a late break in 7’51, dragging MA native Collin Bennie with him to his first sub-8. Henry Sterling fell just short of the feat with an official time of 8’00.90. Heartbreaker coach Louis Serafini was one of the guys to watch in the next section as he PRed in the event, running an 8’04.

That was just a few quick highlights for the meantime. To see the full list of results, check out this link courtesy of LancerTiming. 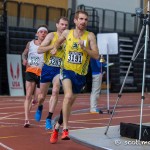 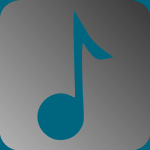