Creating an annual training plan: Is the 10 percent rule helpful?

After Groundhog Day, the days of running on snow-packed roads are numbered. Eventually dry earth will appear. This hope invites many to come out of winter running hibernation and begin dreaming and planning for the running season ahead.

However, the seasonal transition begs the question, how should I increase my weekly mileage? I often hear a loose reference to the 10% rule in running circles.[i] This advice tells us that increasing running volume any faster than 10% can lead to overtraining and injury. A proper buildup is vital since researchers estimate that 60% of running injuries are related to training errors—doing too much too soon.[ii]

While it sounds reasonable, the 10% rule is nebulous. If a runner starts with 10 miles a week, a 10% increase is 11 miles the following week. That equates to a long time to reach a training load sufficient for many competitive runners of 40 to 100 miles a week.

Researchers put this time honored wisdom to the test. Two studies tracked beginner runners, a group known to experience a high rate of injuries. One large study took 532 novice runners and separated them into two groups. The subjects were followed as they prepared for a 4 mile race.[iii] One group received a 13 week training plan to build their weekly running time by 10% to allow enough time for the proper training adaptations. The second group increased their weekly running time by 24% over 8 weeks leading up to the race. At the end, the two group’s injury rates were no different.

Unsatisfied by the results, a second group of researchers tracked 874 new runners over one-year.[iv] The runners were given a self-structured program and a GPS watch. Over twelve months 202 runners experienced an injury resulting in at least one week of decreased running. When an injury occurred, the researchers assessed the runner’s previous 2 weeks of training. The weeks were categorized into one of 3 groups. The runner was categorized as a) decreased mileage or increased mileage up to 10%, b) increased weekly mileage 10-30%, or c) increased weekly mileage greater than 30%. The study found that there was no difference in injury rates between categories a) and b). However, new runners who increased their miles greater than 30% over 2 weeks were more likely to get injured.

Both large studies provide counter arguments to the cherished 10% rule. They showed little difference in injury rate between new runners who progress their running volume relatively quickly. Some increased their running up to 30% for several weeks without increasing their risk of injury.

While providing strong evidence, the studies do not put the debate to bed. They clearly show that we can be more liberal when prescribing mileage to relatively low-mileage runners who are diligently following a plan. They lack any type of prescription for high-mileage and experienced runners.

The coaching legend Jack Daniels, PhD offers a more nuanced approach to the 10% rule. In fact, he does not reference it at all in his classic guide, The Daniel’s Running Formula.[v] When building weekly miles he recommends adding no more than one hour of running every 3 weeks. He places a top-end limit at 10 miles every 3 weeks for elite runners. As you can imagine  this rate of increase follows varying percentages. The 7:30 minutes per mile runner currently running 20 miles per week can add 8 miles over 3 weeks. That works out to a 13% increase. The same prescription would mean that a faster runner (7:00 minutes per mile on easy runs) who is currently at 80 miles can add about 9 miles over 3 weeks. This runner would only increase 3.8% each week. Jack Daniels’ advice avoids the simplicity of the 10 percent rule.

So should we dismiss the 10% rule altogether? I don’t think so. A 10% increase in weekly volume is a good reference to calculate mileage changes. There are times when it is OK to progress faster—as the studies indicate for beginning, low-mileage runners. There are times when it is better to progress slower, as Coach Daniels’ recommends for relatively high-mileage runners.

Daniels’ prescription is helpful if you are well into a running program. However, if you are in the first weeks of a running plan, follow the following principles:

In the physical therapy clinic I often recite that running rewards the consistent. Start slow and run regularly. If you want to accomplish your running goals, set yourself up to run consistently week-to-week. 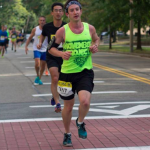 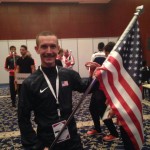