Sheri Piers ran a 2:58:30 and finished in 115th place at the Olympic Trials last weekend. Just finishing the race was an accomplishment in and of itself; 56 of the 205 runners dropped out (and that’s just the women).  The day was a battle of attrition for most of the field, and Sheri hung on to run a still impressive time. Now it’s a little off of her seed time, which was an impressive 2:38:33 from the 2013 Twin Cities Marathon where she was the masters champion, but times were pretty much thrown out the window that day.

Consider that Sheri is still getting it done now at the age of 44, and that when she ripped off that blistering 2:38 she was 42, it’s all even more impressive. But the race against Father Time is one that nobody wins (even Joan Benoit Samuelson slowed down eventually). With that in mind, we were wondering how Sheri’s goals might compare to that of the open runners. For example, we had Keely Maguire discussing future plans in a post from last week.

So we passed the mic (so to speak) over to Sheri to get low down on her plans for the next four years. Will she be going hard after #WhateverCity2020?  Read on to find out. 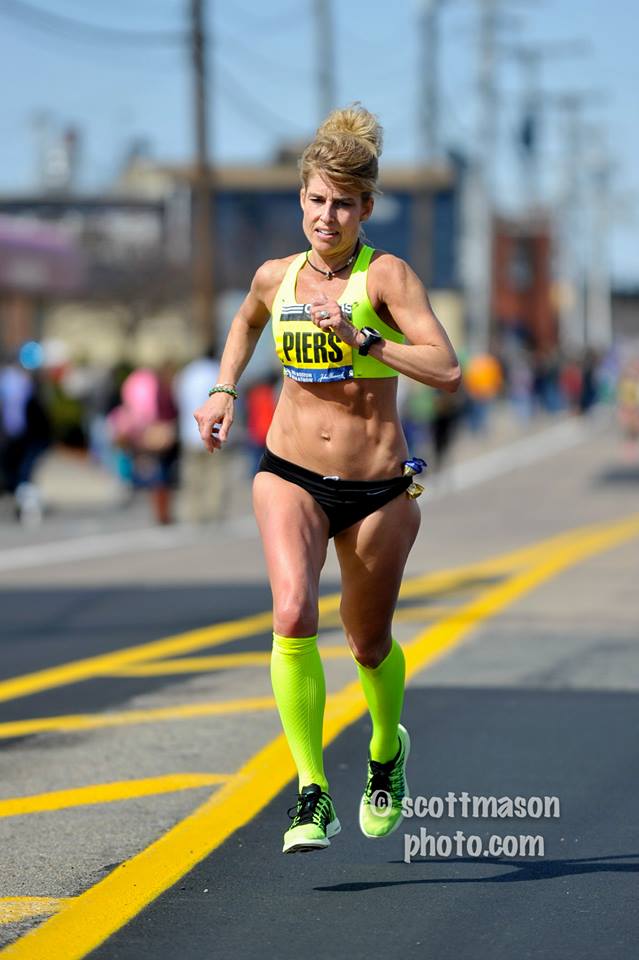 Sheri at the 2014 Boston Marathon, courtesy of Scott Mason Photo.

In late 2014 I sat down with Kristin Barry, my training partner and dear friend, to plan out the final stage of our running career. The ‘last hurrah’ was to include the 2015 Boston Marathon, Maine’s own Beach to Beacon 10K, the Twin Cities Masters Marathon Championships, and we would finish with the 2016 LA Olympic Marathon Trials.  For the Trials, we planned to pack up our families and celebrate the end of a long, somewhat satisfying 10 year journey.  However, most masters runners know the aging process can have its own plan for us as time unfolds…

When it came time to run my “last” Boston marathon in the Spring of 2015, I pulled my hamstring just after the 10K point and had to drop out of my very favorite race of all time.  It took weeks to mentally recover and my left hamstring has never been the same. There would be no way I could end my Boston Marathon career with a DNF!

Beach to Beacon came and went without a physical problem, but mentally I realized my fastest days were history.

I had a solid build up to Twin Cities and when race day arrived, I was hoping to win my 3rd consecutive masters marathon championship. I had a small lead through 13 miles when a sudden hamstring pull caused me to slow my pace…there would be no way I could drop out of a second consecutive marathon but a satisfying performance was out of the question.  I finished a disappointing fourth.

Again, the healthy build to the Trials had me hopeful of running a qualifying time and finishing with some sense of satisfaction.  Well mother nature had different intentions for all of us and I finished with a strong sense of disappointment that I know was shared by most.

So now it’s on to another Boston Marathon in April and a hope that both mother nature and the aging process will be kind and allow me to cross the finish line with some sense of satisfaction as my career winds down.  If not, Kristin doesn’t know this yet, but we will have to sit down again and come up with another plan and maybe the 2020 Trials will be the ‘last hurrah’!

We certainly hope that Sheri and Kristin go for one last hurrah at the 2020 trials. Sheri has proven to be one tough competitor and qualified for these Trials with some time to spare. Best of luck to her in Boston! 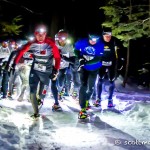 Runners Brave the Cold at the Kingman Farm Snowshoe… 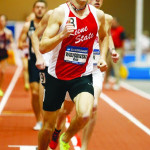