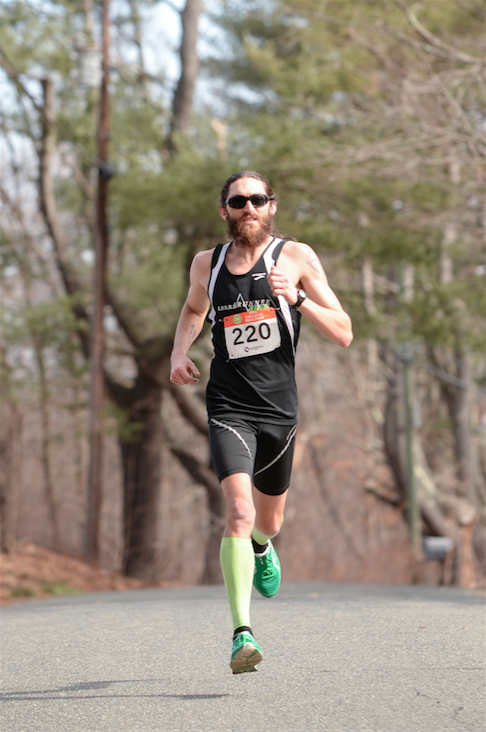 Sander was out all alone on Sunday. Courtesy of Northeast Race Photo.

Will Sanders was an animal on the beastly Five College Realtors 10 Miler (results) course thanks to his monster winter of training. Will ran a 51:47 and pretty much ran away with the race. On the women’s side, Melissa Nash ran a 58:46 for the win and had a dominant lead over her closest competitor.

Sanders has been racking up the miles this winter and it’s paying dividends so far. Between January and February he’s churned out close to 1,000 miles of hard-earned winter miles, including an astounding 580 in January alone. But Will hadn’t raced since January 1st so he wanted a race to gauge his fitness.

“Plan was to sit on the leader early on and see how i felt in the latter half. Ultimately the goal was to go for the win and if I lost to one of the other New England big names, I would still have a good time. I knew I could run 5:20s all day long for ten miles, so I at least wanted to run faster than that if no one challenged me. Which after mile two, no one got close.”

Will started out with splits of 5:10 and 4:49 before things really got going. His third mile splits was a 5:46, but it was on a long uphill that proved to be pivotal. “The turning point had to be mile 3 running up that big ass long hill, which luckily I was warned about by Tom Derderian prior to the race. And good thing I was because the mile just flat out sucked. That and mile nine. Other than those two miles I ended up on autopilot most of the race and felt surprisingly well considering I didn’t cut back much on my mileage going in.”

Will pulled away near the start of that hill and was locked in on winning the rest of the way. Or, as he said, on autopilot since he was pushing ahead solo. Will still managed an impressive 5:36 on that other big ass long hill at mile 9, and then closed in a 5:06. 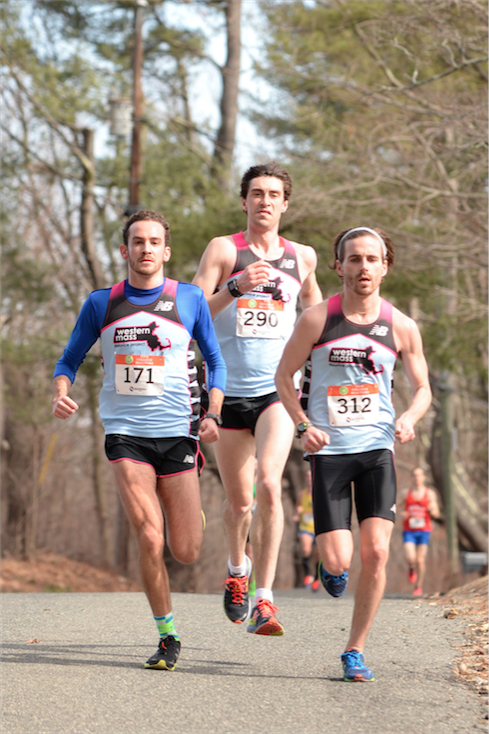 It was impressive the way the WMDP guys bunched ’em together like that near the front of the field. Impressive and necessary as that would prove crucial to the team scoring. WMDP won the team scoring with a cumulative time of 4:36:23.4 in a very very very tight race over the GBTC men who were second with 4:36:28.5. That’s right…only 5.1 seconds separating the two teams of five after battling it out over the 10 mile course. It really doesn’t get much closer than that. GBTC’s first guy across was 2015 Baystate Marathon Champ Rob Bond (8th, 54:24).

Of the team win, Jason Ayr said “Our goal was to come in and win the team title. We did that with 5 seconds to spare. WMDP is all about efficiency. But seriously, it was a great competition with GBTC and this is really where the fun in road racing exists. We hope to have many more close battles throughout 2016.”

They’ll get their chance pretty quickly as the two teams will once again go head to head at the An Ras Mor 5k this Sunday in Cambridge, MA.

Circling back to Nash’s big win, it’s easy to see that she has been taking advantage of the relatively mild winter as well. With a solid stretch of road and track work under her belt, she was looking to run low 59’s and beat that goal with more than a few seconds to spare. 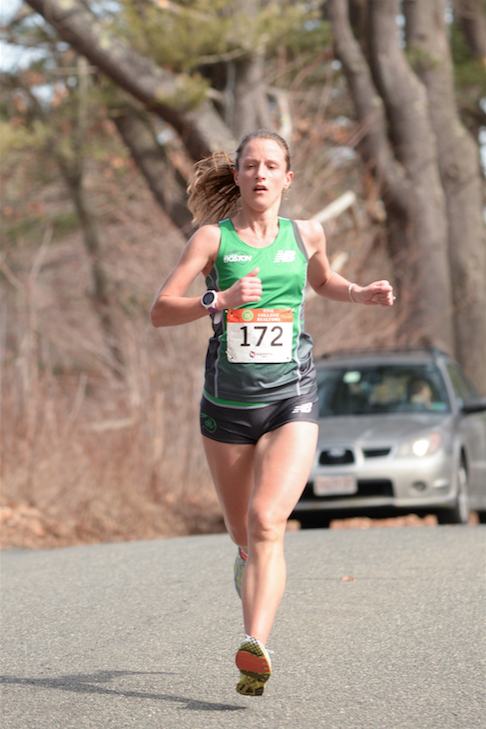 All that winter track work paid off for Nash on Sunday. Courtesy of Northeast Race Photo.

Whereas the third mile proved to be a key turning point for Sanders, it was a little different for Nash. “Except for the first two miles I was alone during the race so for me I focused on running one mile at a time and didn’t really find myself having a turning point.” Even when she crossed the line, she only had two guys near her (one 10s ahead and another 4s behind), so she didn’t exactly have much company to work with.

And speaking of that third mile, it was definitely the hardest part of the race for her. “It’s hard to have that slow of a mile so early on in a race.”

Melissa was also able to lead her Battle Road TC team to victory. Battle Road placed all 3 scorers before second place GBTC could get their first across. The totals between the two: 3:04:49.1 for Battle Road compared to 3:19:58.0 for GBTC.

Regarding her team’s win, Melissa said, “Going into this race we wanted to place as a team. With most of us newer to the road scene we weren’t sure what we could pull off so winning is exciting. In the near future, we have people training for New Bedford and Boston so our goal is to run some PRs.”

After this harder, longer early season effort, Melissa will get back to some shorter stuff as she has her sights set on “a low key 5k before focusing on the 10k”.

For Sanders, it’s a little unclear as to what’s next. “As for my next race, hard to say. I’ll know by the end of the week. It all depends on how my legs feel. There’s a good chance I may take a little road trip up to New Bedford, but only time, and my legs, will tell. Besides, you can’t believe everything on the internet. Just look at the Loch Ness monster for example. Everyone claims it’s a hoax, but we all know she does exists. Anyway, I’m getting off topic. I’m probably looking at the second race of the CT grand prix circuit since we’ve got enough guys to handle our 5k. Either way it will be a half marathon.”

Check out the recap put together by host club Sugarloaf Mountain Athletic Club. It’s on pg 8 of their fantastic newsletter:

And a link to their main newsletter page:

Last but not least, a big shoutout to Ben Kimball (Northeast Race Photo) for supplying the great pics that accompany this recap. Check out his gallery here and maybe make a purchase to spice up your home decor. 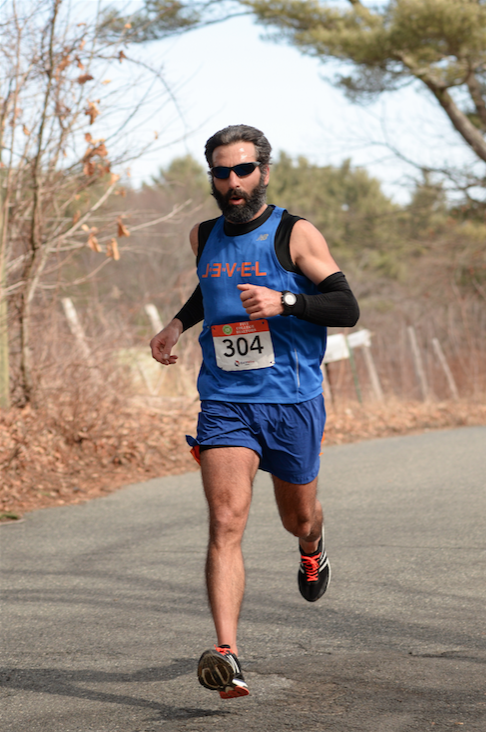 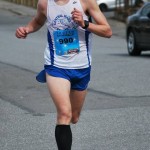 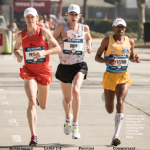