CAPE ELIZABETH, Maine (March 11, 2016) – The “race before the race” ended Friday morning with 4,000 runners registered for the TD Beach to Beacon 10K Road Race in a record-setting three minutes and 43 seconds. Those still looking for a spot at the start line on Aug. 6 began entering the lottery. 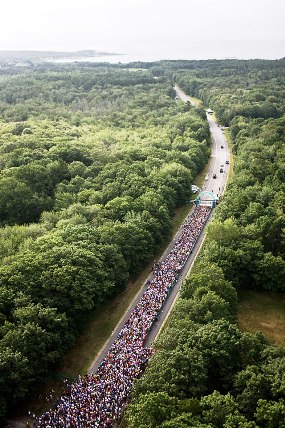 Runners now have until midnight on March 20 to register for one of the 1,950 remaining bibs available through the lottery, which will be drawn on March 22.  Runners can sign up for the lottery at the race website, www.beach2beacon.org.

The popularity of the TD Beach to Beacon continues to grow, as evidenced by the increasingly high anticipation and excitement about the registration process each March.

“We want to thank RacePartner, who handles our registration, for making the process as seamless as it is. And thanks to all the runners for getting up early and registering. Good luck and be safe with your training. We look forward to seeing you at the starting line on Aug. 6.”

In a nod to Sir Roger Bannister, the TD Beach to Beacon’s online registration broke the four-minute barrier for the first time. The new mark of 3:43, in fact, sliced 32 seconds off the old record of 4:15, set in 2015. 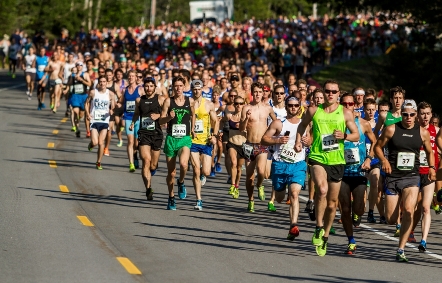 Bannister, who attended the 2001 TD Beach to Beacon as an Honorary Guest, in 1954 attained worldwide fame by becoming the first runner to run a sub-four-minute mile. Now almost 62 years later, coincidentally, the world record for the mile stands at 3:43.17.

On Thursday, Cape Elizabeth residents, given a 24-hour window to fill 600 online slots, reached the cap in five minutes and 24 seconds, also a new record.

The quickest – and first – registrant was Jason Huddy of Cumberland, Maine. The 34-year-old Unum employee, who ran the TD Beach to Beacon for the first time last year, set a new all-time speed record Friday by completing his registration in a blazing 39 seconds. The previous record of 45.27 was set in 2013. 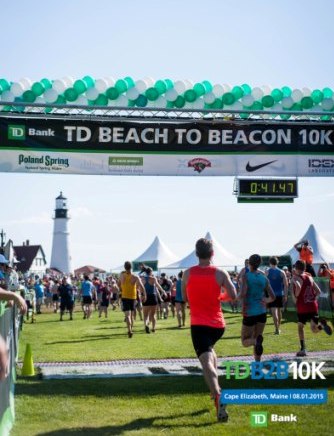 Those who got into the race received an e-mail confirmation from race organizers and those who did not were re-directed to the bib lottery registration process. By 11 a.m. on Friday, 1,863 runners had entered the lottery, slightly ahead of last year’s pace. Each lottery entrant is charged $5. Runners who get into the race via the lottery will be notified by e-mail and their names will be posted on the race website on March 22.

Registration also is underway for the TD Beach to Beacon’s 119 legacy runners who have taken part in all 18 past races.

In addition, the race’s 2016 beneficiary – My Place Teen Center (MPTC) – as well as past beneficiaries will make bib numbers available to runners in exchange for fundraising and/or support.

The TD Beach to Beacon is a celebration of health, fitness and giving back. In 2015, a record-setting 6,602 runners from 15 countries, 41 states and more than 265 Maine cities and towns finished the winding, rolling, often breathtaking 6.2-mile coastal course. Thousands of spectators cheered runners along the tree-lined route and at the Portland Head Light-capped finish, and more than 800 volunteers helped ensure a smooth operation. The race is directed by renowned race director Dave McGillivray of DMSE Sports, who also directs the B.A.A. Boston Marathon and other iconic road races.

More than $90,000 in prize money is awarded to the top finishers and place winners in the various categories for men and women, and a $30,000 donation is provided each year to the race beneficiary by the TD Charitable Foundation, the charitable giving arm of TD Bank, America’s Most Convenient Bank®.

About TD Bank, America’s Most Convenient Bank® TD Bank, America’s Most Convenient Bank, is one of the 10 largest banks in the U.S., providing more than 8 million customers with a full range of retail, small business and commercial banking products and services at approximately 1,300 convenient locations throughout the Northeast, Mid-Atlantic, Metro D.C., the Carolinas and Florida. In addition, TD Bank and its subsidiaries offer customized private banking and wealth management services through TD Wealth®, and vehicle financing and dealer commercial services through TD Auto Finance. TD Bank is headquartered in Cherry Hill, N.J. To learn more, visit www.tdbank.com. Find TD Bank on Facebook at www.facebook.com/TDBank and on Twitter at www.twitter.com/TDBank_US.

Here is more information about the TD Beach to Beacon 10K 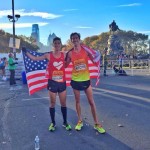