When we published our An Ras Mor recap there was a contest that went along with it. Anyone who shared it via Facebook or Twitter was entered to win a prize from Scott Mason Photo. Well, we finally picked a winner from all of those entries…

Yup, that’s the retweet that sealed the deal for Paul Reilly. Paul was out there competing at An Ras Mor:

Paul ran a 15:02 at An Ras Mor and finished 11th overall. He had the same time as Pat Fullerton but ended up just behind the man known as Fulla in the finish chute. Wow. Looks like Paul is back to his ass kicking ways!

The New Bedford Half Marathon was today (in case you haven’t heard), and Scott Mason was there for that one too. Once our full coverage is up for New Bedford we’ll announce a similar contest. Share our New Bedford race recap via social media (and tag us so we know!) and be entered to win a Scott Mason Photo prize.

And if you don’t win, you can always purchase a fine race memento from Scott. 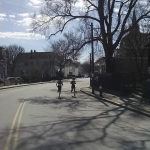