Saucony runner Tim Ritchie has decided to walk away from competitive running for what he describes as “a short break.” The news is shocking, especially on the heels of his recent successes.

Just last weekend Tim led Team USA to a 6th place finish at the World Half Marathon Championships in Cardiff, Wales. Tim’s 1:03:49 was good for 23rd overall. Now we might never see him representing the US in international competition again.

In fact even watching him effortlessly cruise down the streets from Hopkinton to Boston at what appears to be a breakneck clip, to the delight of the home crowd, is something that we’ll never experience again. Or is it?

“Actually, I do plan on running Boston this year. It’s my goal to joggle the entire course.” For those of you who may be unfamiliar with the discipline, joggling is the marriage of jogging and juggling. If running is a niche sport, then certainly joggling is a niche within a niche. By moving away from professional running to semi-pro joggling, Tim is also walking away from the high roller lifestyle.

“As a pro runner I can cover a half marathon in under 62 minutes. That’s good enough to get sponsored, etc. But as a joggler, I’d say I’m the equivalent of 70 minute half guy. While it’s still good enough to get guys comped at races and stuff like that, it’s certainly not enough to pay the bills.”

To supplement his income while he works his way up the joggling ranks, Tim will perform at birthday parties, bar mitzvahs and Redbox dedication ceremonies. “It’s a grind, but something that I’m willing to put myself through to get a taste of success.”

While many might be baffled by the call, it actually ripped a huge weight off of Tim’s shoulders. “One of the reasons why my mileage appeared to be on the lower side was because I was really a two sport star. I would sneak out at 2 am most nights and get in a good 8-10 miles of joggling up and down Comm Ave, not ever really sure if it would lead anywhere.” The mileage never made it to the training log because of all the questions it would raise.

His sponsor Saucony has been surprisingly supportive and will stand by him during this transition. There’s even talk of a special joggling shoe, the first of its kind, that Tim will be the face of. Saucony spokesperson Jim Halpert said, “We shifted some resources around, moving some away from one dimensional athletes like Ben True and Molly Huddle and over to Tim. Tim’s got that big joggler crossover appeal. We’re confident Ben & Molly can get there, but they’re not there yet.”

To get ‘there’ has taken Tim countless hours of preparation, caused him to suffer more than a few bumps and bruises, but most importantly has helped him grow. “I never feel more alive that I do at that moment where all the balls are up in the air, and for a split second I think I might drop them all. That rush…man, that’s what it’s all about. That’s why I’ve always dreamed of breaking into big time joggling.”

Although Tim still feels like somewhat of a novice, he’s confident in his progress but only sees this as the first step. “Yeah, it’s not even really worth talking about until I’m juggling on the unicycle for the full marathon distance.” If anybody can do it, he can.

Before you start shopping around for that new Saucony juggling shoe, check your calendars. We wish Tim the best of luck in his next competitive road race. 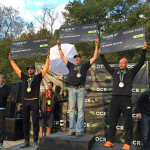 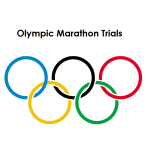