Interesting read by 2 time defending OCR masters world champion Ethan Nadeau on what goes into planning a competitive schedule for the year. Those who follow Ethan on social media know he covers it all: roads, track, trails, mountains, snowshoe, fat tire biking.

But like any blue collar grinder, there are limitation as to what challenges can be taken on. With such a diverse portfolio of interests, along with having his own business and a family to support, Ethan needs to put a lot of thought into what races to focus on so training can be tailored appropriately.

Here’s a peek inside the process, from one of the toughest competitors you’ll come across on any terrain this year.

On the center podium at the 2015 OCR World Championships, with my acidotic RACING teammate Lance Reed in the three-spot.

It is hard to settle on a race schedule with the demands of being a dad, husband, business owner, and sole moneymaker for four humans and one dog. Its even harder because I have a few different interests, and deciding what KINDS of races can be almost as hard as deciding on specific events. Plus my wife competes, and is a threat to win races outright whereas I am just an age group contender…so we have to coordinate schedules and make sure our kids are still enjoying life and not being dragged around by their self-indulgent athletic parents.

At 43 years old and fully gray, I feel a strong pull toward competing at a high level, if only to keep the wolves of time at bay for a few more years. Sure, there are some badass runners who are in their 50s and 60s, but they are few and far between. The defeatist in me feels like my 40s will be my last hurrah…the faint stink of inevitability seems to get a little stronger each year.

So…2016. I guess a quarter of the year has already passed, and all I have to show for it is three track races and a 4:34 indoor mile. I was robbed of snow and snowshoe races. Despite winning OCR World Championships in the 40-44 age group in 2014 and 2015, my enthusiasm for obstacle course racing has been eroding. I think this love loss is due mostly to my own personality quirks. I am a quiet, introverted, process-oriented person; I prefer to hone my craft in solitude, and try to earn the respect of others. I find the evolving sport of OCR to be a loathsome social phenomenon where people are often celebrated more for their social media presence than their actual performance or ability. Thats fine…it is what it is, but it just doesn’t sit well with me. That said, I will return to the OCR World Championships to attempt a three-peat…but I will be a dark horse once again because people will forget I even exist.

Here is my race schedule…subject to last-minute changes due to family catastrophes, injury, illness…whatever. Life happens.

April 9: Merrimack River Trail Race…this is the USATF-New England Trail Championships. I was the Masters champion in 2015.

April 24: James Joyce Ramble 10K (road). This is the Masters National Championships for this distance. I was 4th in 2015, but I know lots of guys who are much faster than me who sat out. My goal is to run faster than I did last year.

May 8: 7 Sisters Trail Race. Considered one of the hardest trail races in the country. I am hoping to become one of few 40+ runners to break 2-hours on this nasty course…the 2:00:36 I ran in 2015 left me full of regret for not pushing just a little harder.

May 21: Bonefrog Challenge (OCR). A great local race and a qualifier for the OCR World Championships.

July 4: Loon Mountain Race. This is the U.S. Mountain Running Championships and will draw a huge number of amazing runners from North America and maybe even Europe. I daydream about standing on a podium in the 40-44 age group, but that would take near-perfect training and race execution, and a bit of luck. This is my goal race of the summer.

July 9 and 10: Whiteface Vertical K and Sky Race. This is my self-indulgent weekend in the Adirondacks.

September 4: Jay Peak 25K Trail Race. Its in northern Vermont, and a race I have been wanting to do for a while.

October 1: Bretton Woods Fell Race. The only fell race in North America, I think, and organized by my very own racing team, acidotic RACING.

October 15: OCR World Championships. Hoping for a three-peat. It’ll be interesting to see if I can stay motivated to train for this, without doing any OCRs in the four months leading up to it.

After that, might try to hone my speed for USATF-New England Cross Country Championships or hit a late-season trail race. But mostly I will be looking ahead to the Snowshoe World Championships that will be held in upstate New York in early 2017.

Ethan Nedeau: Musings of an Ecologist and Endurance Athlete 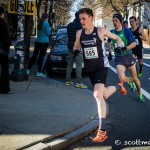 From An Ras to Ras na, Sorgato’s Got It 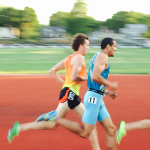