With much lower snow totals this winter, the 25th Annual Merrimack River Trail Race was held on time and went off without a hitch. 219 finishers toed the line behind the Wyndham hotel as race director Stephen Peterson called out the final instructions. Quite surprisingly, there were only a couple real muddy spots on the course and the weather was prefect for racing.

The field ended up being deeper than usual, but when the race has the dual purpose as both the USATF-NE trail championship and also the second stop on the USATF-NE All Terrain Series tour it’s going to bring the big dogs out to play.

On the men’s side, CMS legion advocate Eric Narcisi shot right out to the lead with teammates Scott Mindel, Colin Carroll and Scott Leslie right there with him. Also trailing EJN was Whirlaway’s Brandon Newbould, who won the race in 2014 and was starting to feel strong in his comeback from winter injuries. EJN held the lead for roughly the first 4k until Scott took command – Brandon went by Eric shortly thereafter. 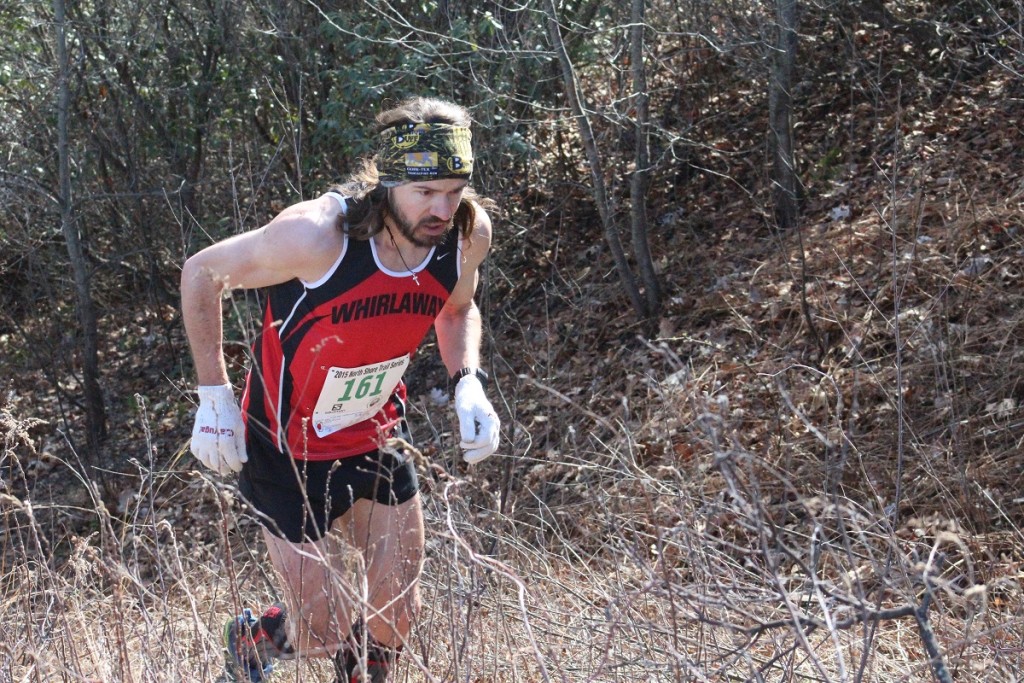 By four miles, the course heads into some intense single-track climbing. Newbould took over as the leader and didn’t give way one bit. His climbing skills showed as he slowly opened what would be a comfortable 100 meter lead on the way back. Though not the easiest finish he’s had to a race, Brandon managed to hold on for the win in 57 minutes 39 seconds, a solid bit quicker than his time from 2014. 2nd place finisher Scott Traer was closing the gap impressively from the back (was running in 7th place a little after 4 miles, 3rd after about 5.75 miles) and fell just seconds short of the win. Traer covered the course in 57’45. Scott Mindel would pick up the bronze medal in 58’25 with last year’s winner Colin Carroll placing 4th in 58’30.

HFC Strider TJ Unger and CMS Scott Leslie went by the early leader EJN at around 5 miles or so and took the 5th and 6th positions. After nearly missing a couple of turns in the last few miles, top master Mike Galoob of the BAA was all over Eric’s shoulder, but Eric would close hard and even close a little ground on his teammate Leslie. Much to his surprise, Eric and Mike both broke the one hour mark, making it eight men under 60 minutes on the day, something that doesn’t happen too often at the Rivah. Mike would also be the 2nd master’s runner to ever go under an hour on the course – course record holder Tim Van Orden being the other (59’29 from the 2012 race). 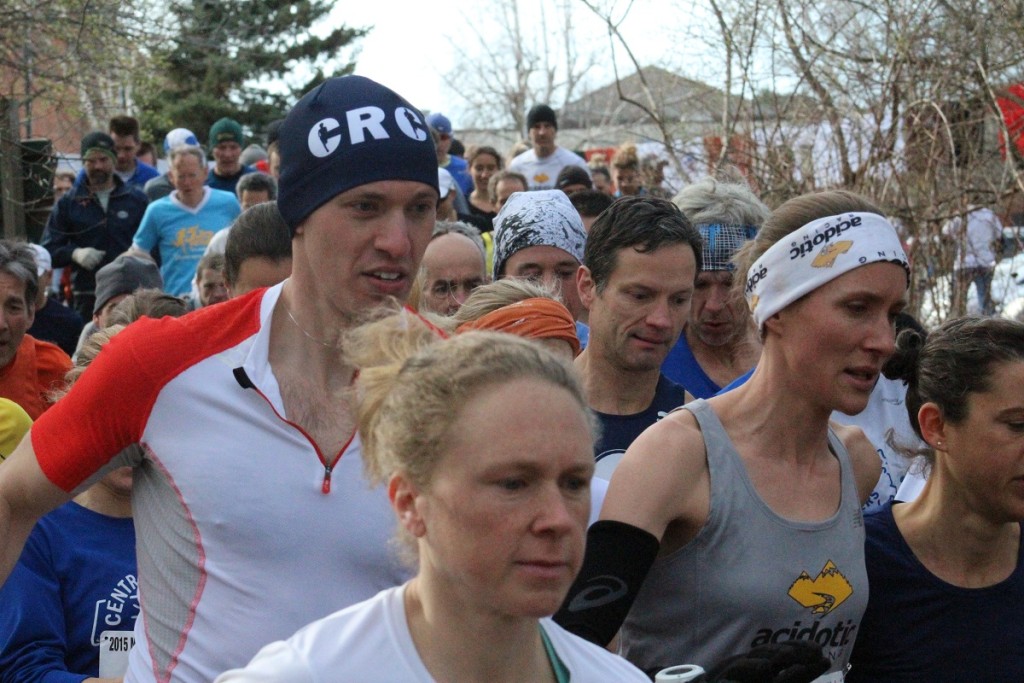 The women’s contest may not have been as close as the men’s, but was equally exciting. Lots of fast ladies toed the line as we spotted Acidotic Racing trail stud Kim Nedeau, course record holder Kasie Enman, Somerville Road Runner Kath Hardcastle, Whirlaway’s Heather Mahoney, and the CMS trio of Jenn Brooks, Leslie O’Dell, and 2014 champ Regina Loiacano. Nedeau got out well and led the vast majority of the race, running past a little after four miles with a 15-20 second lead over Hardcastle and Enman running a distant third. Kim’s lead would only extend as the race went on and she would drop the hammer in the final miles to win it in 65 minutes, 08 seconds, breaking Kasie Enman’s course record from last year by about 20 seconds.

Kath Hardcastle would finish a strong 2nd place in 66’39 – the 3rd quickest Rivah run by a female. In what didn’t seem like her best performance, Kasie Enman still held onto third in 69’10, carrying Jenn Brooks and Regina Loiacano under the hour and ten mark with her. Loiacano’s 69 minute, 52 second traversal sets a new women’s masters course record. One more notable performance on the day would be Acidotic Racing Marcy Schwam, who though not a front runner in the open division, broke the existing women’s 60+ course record with her 1:38:41.

As we mentioned in the beginning, this was the second stop on the 2016 USATF-NE All Terrain Series schedule. It’s getting easier to see the impact this series, now in it’s third edition, is having on the fields with each passing event. At Merrimack, 8 of the top 10 men and 5 out of the top 10 women each came in with series points already to their name from the indoor track 3,000m over the winter. That’s not counting Kasie Enman and Brandon Newbould, two runners who weren’t able to get on the indoor track to pick up those early series points. Katie’s intentions were especially clear since she made the long trip from VT mainly to make sure she was still in the running for the series title later in the year since she missed out on an indoor track race. Who knows for sure if Newbould will make a run at it, but it’s safe to say that he’ll be climbing up Loon and then on the roads for Bobby Doyle, and when you only need your best 4 of 6 to lock in your top score, he’s definitely one to watch.

For the official records prior to some going down this year, check out Dave Dunham’s compilations on the race blog.

In addition to the stats, we’ve got some video coverage from the event. 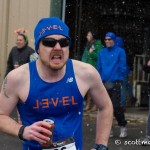