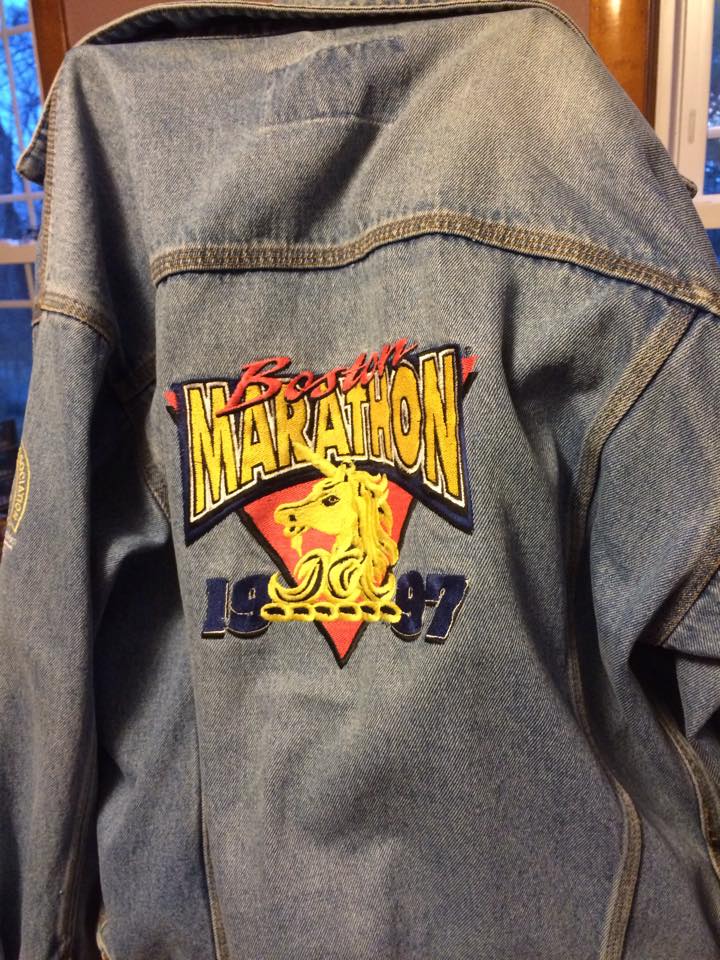 We didn’t believe it ourselves, but then we got photo proof. Maybe this post amounts to nothing more than click bait, but honestly that wasn’t the intention. It was hard to believe that there was such a thing, and it had to be shared with the world. There are probably many of you out there that don’t know this was a thing, but here it is. Thanks to Mary Guertin for submitting the photo of her prized denim jacket from the 1997 Boston Marathon.

This all started a couple of days after the Boston Marathon when we posed a simple question via Facebook:

All you mass marathoners out there, especially those who have done Boston a bunch of times: Do you still buy a Boston jacket every year? If not, at what point do you stop (how many jackets is too many)? At $110 apiece, they’re certainly not cheap, and they are only so many running jackets that you actually have a need for. So next time you run it, what’s it going to be?

The response was fairly robust, with people chiming in with the amount of jackets they chose to buy (and not buy), along with reasons for their decisions. Here are some of our favorites, arranged by category:

Anne London: I have one from every year I’ve run (4x). I can’t resist! ☺️ Michele Grieves: Each jacket represents it’s own unique experience to me & every opportunity that I have to qualify/run is a gift.. so to answer the question.. Absolutely (although some of the colors are not my favorites)! I hope to add more colors to my Boston rainbow in the future.. Each one has it’s own story.

Amanda Wright: I get them at Marshalls in October for $25.00 and then I’ll gift them to ppl who didn’t buy one that year

Tim Hildreth: Our friend nancy has the year of each race stitched into the back of her one jacket. Five years and counting.

The Get Off My Lawn

Leslie O’Dell: I’ve never gotten one. They’re such poor quality for that price. If I found one for $30 or something later on, I’d probably get it, but no way for $110. And even if I wanted to spend that much money on one this year, I wouldn’t have because the women’s jackets were absolutely HIDEOUS. They look like a color scheme out of the 80s. I wore enough bad fashion then. Not interested in a repeat.

Tom Derderian: I wish I had a 1967 jacket for my first year, but they were burlap with buttons back then. Barry Auskern: I think we can all agree that ever since the 100th running of the race (in 1995?), Boston has gotten more and more commercialized, and less and less simply a competitive race. I must be an “old timer” since I can fondly recall the days when you had to qualify to run the race, and the standards were pretty stiff. For the record I have no jackets; just several very faded long sleeve cotton tee shirts.

There’s really no wrong answer, but we’re just happy that one of they somehow referred back to both denim and burlap style editions. Got something to add to it? You can still add comments to that FB post, or just submit comments here. 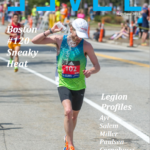 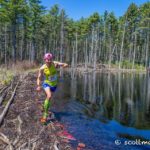