By Dave Dunham, as originally published on the USATF-NE Mountain Series blog

The 2016 USATF NE mountain circuit is about to begin.  The first mountain circuit kicked off on May 11, 1996 at the (now defunct) Mt Kearsarge race in Warner NH.  The big news this year is the return of the National Championships to the Loon Mountain race.  The “goat” requirement remains the best 6 out of 8 races.  Mountain goat status is coveted as it comes with not only bragging rights but a lottery by-pass into the following years Mt Washington road race.  110 runners completed 6 of 8 in 2015 earning the goat moniker including 19 runners who completed all 8 races.

The USATF NE Mountain series enters its 21st year and as such is the oldest mountain race circuit in the country.

According to senior series director and vice Provost Paul Kirsch “we will keep mountain goat at 6 out of 8. We hope this gives those who are downhill averse an opportunity to focus on uphill races and still gain goatliness”. The big questions for 2016: Will Richard Stockdale (GCS) continue his amazing streak of 90 consecutive series finishes from 2000 – 2015? Will Emer O’Donoghue (SRR) pass Donna Smyth (CSU) for the lead in All-time points?  208 points separate the two. Who will be the 20,000th finisher in the series?

The Races Sleepy Hollow: First held in May of 2012, the 6.4 mile course features three climbs and descents and a mixture of single-track, fields, dirt roads, and wide grassy paths.   The total climb/drop is 1,200’ and there is always mud somewhere on the course which is a cross-country ski area in the winter.  In 2014 the race served as the USATF NE Trail championship.  The first runner to the top of the first climb is crowned “King of the Mountain”.  Note on 2016 course change:           After 4 editions of the SHMR on the original course we decided it was time for something new in year 5.  There are several new sections on the course including Darth Vader, a brand new single track between mile 2.75 and 3.5 , the high point is a little higher than before and you can read the rest of Kasie’s course description here.

Pack Monadnock: Typically held the first Sunday in June. Pack has been part of the circuit since 1996.  The race was been held continuously from 1990 through 2003.  The event was not held in 2004 or 2014.  The tem mile course climbs 2,000 feet and drops 300 feet over mostly paved roads from Wilton NH to the summit of Pack Monadnock in Temple NH.  The last mile, which is entirely within Miller State park, has climbs steeper than Mt Washington (11.5% average grade).  The final 200m has a grade of about 30%.  Amenities include mile markers, water stops, and baggage to the finish.   Course records: Eric Morse 58:35 & Kelli Lusk 1:13:35

Wachusett Mountain Typically held on the last Saturday in May.  The race is hosted by the Central Mass Striders. The first race was held (twice!) in 1978 and was fairly successful.  It was contested from 1978 to 1986 when the host Montachusett Regional YMCA decided to cut back on its road race calendar.  CMS brought the race back in 1992 and it has been held continuously since.  The traditional course climbed over 1400 feet with 400 feet of drop in 4.3 miles of paved road.  In 2009 the course was changed to an up/down version as construction on the summit road made the original route unusable.  The course had slight changes in 2010-2012 with a number of different trails and finish line locations tested.  In 2013 the course changed again, this time returning to the summit and descending via paved and dirt roads, this version (with slight modifications) was again used in 2014 & 2015.  In 2015 scoring for the USATF series was based on the “up only” segment of the race.  The up will be used again in 2016.  Amenities include prizes in five age groups excellent management by the Central Mass. Striders.            Course records (Various)

Ascutney Mountain:  The race was first held in the early 70’s as a tune-up for local XC skiers and has always been popular with roller-skiers.  After many years of inactivity it was brought back in 2001 as part of the circuit.  There is also a popular bike race to the summit in late July.  Until 2009 the course was the paved toll road to the summit parking lot near the top of Ascutney in Windsor VT.  In 2009 the course was modified to include trail sections but returned to the traditional course in 2010.  The average grade (12%) and the many twists in the road are reminiscent of the Mount Washington road race.  The course climbs 2,300 feet in 3.7 miles.  Amenities include mile markers, a water stop, and post-race refreshments.  All runners are expected to arrange transport down or run down after the race.  The race originally was held a week before Mt Washington but in moved to mid-July, recently it has moved back to early June

Loon Mountain:  Loon Mountain is typically held on the first Sunday of July although it has been run as early as the final weekend in June.  Loon has been part of the series since its creation by USATF NE Mountain chair Paul Kirsch in 2006.  The race was designated the USATF NE mountain running championship and served as a qualifier for the US Mountain running team in 2006.  The course was designed to mirror the 2006 World Trophy course in Turkey, thus giving runners in New England a taste of an international mountain race.  In 2007 the ½ mile of flat running on paved road at the base of the mountain was eliminated and became 5.6 miles with 2,800’ of climb and descent.  In 2012 the race was again the US champs and a qualifier for the women.  The elite women ran first and the men started 30 minutes later, both races covered a shorter 5 mile version of the course which finished at the top of West Loon Mountain.  The signature feature of the race is the 1 kilometer stretch climbing Upper Walking Boss, a grass slope with an average grade over 30%.  In 2014 the race again hosted the US champs and was the sole qualifier for men and women.  An additional 2 miles of “cross country” style trail was added (and may remain as part of the course).  Loon will again be the sole qualifier and U.S. championship in 2016, this time the men will start before the women (8am & 9am respectively).  Race features include a low entry fee, baggage transport to the summit, and wild strawberries lining sections of the course.   Course records: Various               loonmountainrace.com

Mt Cranmore: Cranmore may be the oldest continuously held mountain race in New England with this year marking the 30th running of the race.  It has been held on various dates, in more recent years in mid-July. The course has been varied throughout the years, from a straight run to the summit, to a three loop quad buster.  The current version of the course features two or three loops up and down the mountain climbing and descending 2,000’ over 10-13K.  The race is aptly managed by the White Mountain milers.  The race has hosted the National championships five times (2005/2007/2009/2011/2013) and been a selection race for the US team.  In 2009 & 2013 the race was also the NACAC championship.  The race was named one of “Outside” magazines ultimate races in 2015.  Course records (Various)                http://www.whitemountainmilers.com/cranmore

Bretton Woods Fell Race: First held in the fall of 2012, it was moved to June in 2014 as a replacement for Pack Monadnock.  In 2015 it moved back to its current place on the first weekend in October.  This is the only Fell race in the series the only race held in the fall.  It is also the only Fell race held in the country.  Fell is a term mainly used in the Lake District of England to describe mountains or high moorland. The sport of fell running can be traced to traditionally held races in those regions.  The major difference between fell running and mountain (or trail running) is that true fell running requires you to be able to navigate the course (often without paths) with route choice  between checkpoints being left to the individual.  At Bretton Woods a “consensus” course has been marked for the short course (the first three check-points on the long course), giving runners the choice to follow the somewhat longer route without having to navigate. Course records: N/A            http://www.acidoticracing.com/events/view_event.php?ID=13

Mt Greylock road Race: Last year marked the first foray to Western Mass for the series since Northfield ended a few years ago.  The Greylock uphill 8 mile road race will be held for the 41st consecutive year on Labor Day weekend 2016. 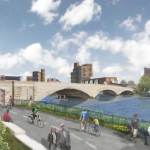