Eric Ashe won a close race over Jake Sienko at the Steel Rail Half Marathon on Sunday in Lanesboro, MA. Ashe (BAA) came through the line in 1:09:43, while Sienko (NE Distance) was a few ticks back in 1:09:47.

Craig Coon was third in 1:10:56 followed by Chris Mahoney in 1:13:17. In this video here you can see there was a pretty tight pack early on in the race before Ashe and Sienko got away.

Gotta get one more good look at Chris Mahoney, seen here finishing up strong in his Level Renner singlet:

Shout out to the videographer, Heather Mahoney, who ran a 38:51 at the Battle Road TC Twilight Meet the night before. In doing so, Heather kept the All Terrain Runner Series quite close. The latest standings show her in a close second with a total of 286.37 points (to Ginger Reiner’s 286.82). We should probably note that Heather set a “Personal record (for number of bugs ingested in a race)”. Keep up the good work! We’ll be digging into those ATR Series results/standings a little more. 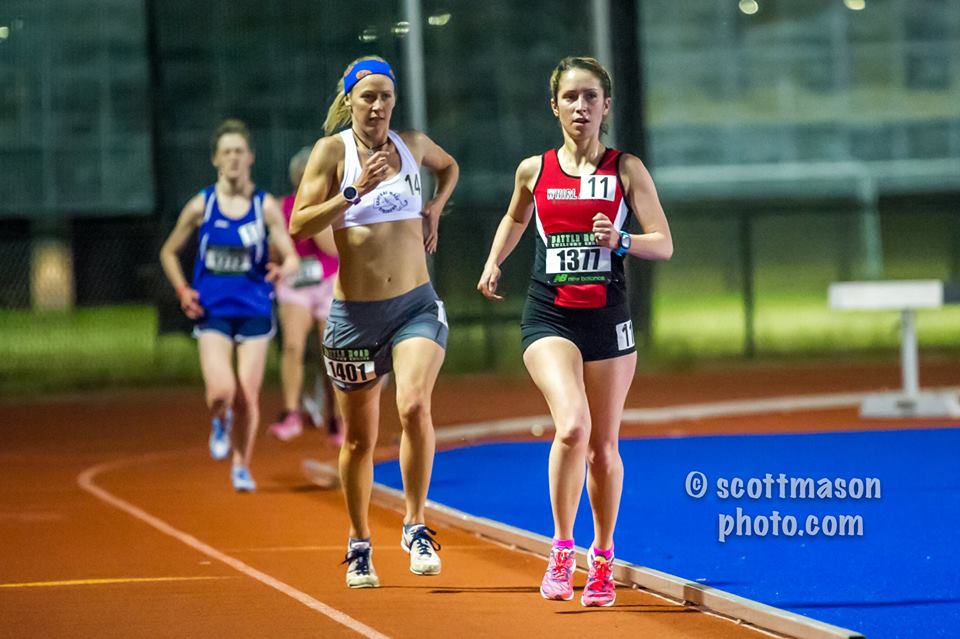 O’Dell (L) and Mahoney (R) duke it out for the coveted series points. 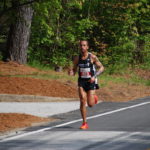 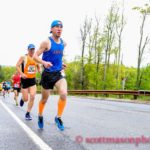