Challenging seasoned mountain veterans like eight-time US Mountain Running Team member Joe Gray and 2011 World Mountain Champion Kasie Enman, will be newcomers to the sport – those that are transitioned to the trails from road, track, or cross country backgrounds. “It’s exciting to see some fast roadies and talented collegiate track stars on the entry list,” said Nancy Hobbs, chairperson of USATF’s Mountain Ultra Trail Council. “I expect we’ll witness very intense competition for not only the championships titles, but also for the team spots. The course at Loon, although mostly uphill, has some flat sections and even a steep downhill past the halfway point. The last climb could be where the race is won, or lost.”

That last climb is the famed lung and quad-busting Upper Walking Boss. With a maximum grade at a severe 46.2%, positions can change from the base of the Boss to the finish line less than one mile away.

Like the World Mountain Running Championships in Bulgaria this September 11, the men and women will run separate races with both genders running approximately 10 kilometers on a mixture of dirt, grass, wide pathways, single track, and rocky sections. The average grade throughout the course is between 10-12 percent with the course gaining 3100 feet from start to finish.

Richard Bolt, USATF liaison for the event and leader of the US Mountain Running Team said, “After a two-year hiatus, I’m looking forward to the return of the USATF Mountain Running Championships to Loon Mountain.  New Hampshire has been a great host to our championship and team selection races for over a decade while race organizers Paul Kirsch and Chris Dunn have created perfect custom course profiles to match the World Championships.”

Meet past team members and contenders. For the men:

Eric Blake, 37, West Hartford, CT – trailing (Joe) Gray by just one mountain team appearance with seven to his credit, Blake has the experience on this course and finished second to Gray at Mount Washington this year setting his best time on the uphill road course.

J.P. Donovan, 29, Incline Village, NV – already named to the 2016 NACAC Mountain Running Team, Donovan was the final scoring member for Team USA last year in Wales, his first US national team. Donovan was second in the inaugural Broken Arrow Vertical Kilometer on June 18, to Max King…less than twenty seconds back.

Josh Eberly, 35, Gunnison, CO – Eberly will race for Team USA on this year’s NACAC squad and would like to add another mountain running team to his resume. Eberly finished fifth American at last year’s World Mountain Running Championships and was the final scoring member for Team USA in 2014.

Joseph Gray, 32, Colorado Springs, CO – with a record eight US Mountain Running Teams on his resume and numerous national championship titles, Gray knows the course and is poised for a ninth team spot.

Zach Miller, 27, Manitou Springs, CO – with the benefit of high altitude training on his side (Miller is a caretaker at the 10,200-foot Barr Camp on Pikes Peak), Miller’s daily regimen includes lots of vertical and challenging miles. Miller was a member of the 2014 Mountain Team and has a resume filled with ultra-distance trail and mountain wins.

Andy Wacker, 27, Boulder, CO – after a solid second-place at the Vertical Kilometer in Chamonix, France, last weekend, Wacker, who made his first mountain team last year, is thinking uphill and ready to secure a team spot. He will join Donovan and Eberly on Team USA for the NACAC Mountain Running Championships to be held July 10 in Mexico.

Ryan Woods, 37, Boone, NC – last on Team USA in 2011, Woods has represented the US at several NACAC Mountain Running Championships. He’s transitioned to Spartan racing over the past few years notching up impressive results.

David Fuentes, 29, Austin, TX – a DII All American, and now a solid road racer, Fuentes qualified for the 2016 Olympic Marathon Trials with his half marathon PR of 1:04:36.

Patrick Rizzo, 32, Colorado Springs, CO – a 2:13 marathoner, Rizzo won the first trail race he entered this past April, the Ni-Bthaska-Ke, nearly two minutes ahead of his nearest rival. One of his training partners is Joe Gray.

For the women, past team members and contenders:

Ladia Albertson-Junkans, 30, Seattle, WA – a member of the 2016 US Team for the NACAC Mountain Running Championships, Junkans was a two-time All-Amercan while at University of Minnesota and has transitioned well to the trails.

Kasie Enman, 36, Huntington, VT – the home field advantage goes to this New England runner. Enman is a two-time US Mountain Running team member with a World Championship title from 2011 to her credit.

Nicole Hunt, 46, Deer Lodge, MT – two-time team member, Hunt was the top scoring member for the US team in 2006 leading the women to their first-ever gold medal finish.

Amanda Lee, 27, Boulder, CO – competed in the steeple at Middlebury College in Vermont, Lee has transitioned to the trails and has notched some solid performances.

Kim Nedeau, 36, Leverett, MA – Nedeau posted a solid effort at this year’s Mount Washington road race finishing second among the women and 22nd overall. This year she has won the Wachusett Mountain Race, the Merrimack River Trail Race, and the Race to the Top of Vermont and was second to Enman at last year’s Loon Mountain Race.

Anita Ortiz, 52, Eagle, CO – a five-time team member with her last appearance for Team USA in 2007 as part of the gold-medal women’s squad. She was the second scoring member for Team USA at the 2016 World Long Distance Mountain Running Championships on June 18 in Slovenia.

Alayna Szuch, 12, Evergreen, CO – although not eligible for a team spot due to her age (athletes must be at least 16 to participate in the World Mountain Running Championships), Szuch is making a name for herself on the trails. She was third at this year’s GoPro Mountain Games, and had a top-ten finish at last year’s USATF Mountain Championships.

Whatever the results at Loon, the competition will be fierce. In the USATF-division, there will be awards for the top ten men and women overall as well as age-group awards starting at 40 years old in five yearincrements. Prize money will be awarded in both the USATF and Collegiate Championship divisions.

On the Collegiate side, there’s a lot of talent according to Steve Taylor, co founder of the Collegiate Running Association, but adds a caveat. “Just because they’re fast on the road and track, doesn’t mean that speed translates to the different terrain afforded by a mountain race.

“With some of our past winners not racing, there will be some new Collegiate champions,” said Taylor who highlighted a few picks for this year’s title. “On the women’s side I expect Bethany Sachtelben, Mary Ballinger, Taylor Ward, and Mandy Ortiz to be in the mix. For the men, there are two heavy hitters in Matt Daniels and Hayden Hawkes. Matt has run 13:50 on the track and Hayden has run 13:53 and 29:29 for 10,000 this year. Being from schools that offer exposure to the trails (Adams State and Southern Utah), they could both be factors in the race. Victor Pataky, Kurt Ward, and Myles Scarano could also be top finishers.”

Chris J. Dunn, owner and founder of acidotic RACING, LLC, is the event’s co-race director along with Paul Kirsch. The pair designed a tough course this year, “The course at Loon gets exponentially harder as you ascend the mountain,” noted Kirsch. “It is going to be exciting to see how the faster athletes take out the early hard pace and how the skilled climbers respond. Sunday looks to be a really exciting day of racing.”

Racing gets underway Sunday morning at 8:00 for the men, followed one hour later with the women. Registration is open at www.acidoticracing.com, and is also available on race morning near the start line.

Dunn expects more than 500 finishers at this year’s race, admittedly a bold prediction, but there is a lot of support in New England for trail and mountain running especially for the well-managed acidotic events. That support is also evidenced by the number of companies which provide financial and in-kind assistance to the race.

On race day, follow the race through live tweets @usmrt and be sure to follow Team USA at www.usmrt.com. View results of all USATF Championships at www.usatf.org. To help the team defray its travel costs to Bulgaria, consider a donation to the American Trail Running Association (ATRA), a 501 (c ) 3 not for profit corporation whose mission is to represent and promote trail and mountain running. Earmark your donation “USMRT.” 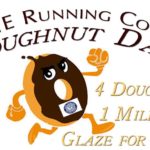