The Loon Mt Race has a slogan that’s just about as epic as the slopes competitors have to run up: There Is No Safe Word. Fortunately the camera was rolling when Paul Kirsch first uttered the phrase and you can revisit the moment in the video clip below.

Perhaps what most important are the glimpses you get of the steep ski slopes that you (or someone you know) will be facing come Sunday. We should note that course has changed since this video was made (back in 2008), but a lot of the climbing is still the same…especially the infamous Upper Walking Boss.

This year’s race is shaping up to set a new USATF-NE Mountain Circuit participation record. The race is not only a stop on said mountain circuit but is also the next event in the USATF-NE All Terrain Runner Series and is the 2016 USATF Mountain Running National Championship. aRe you part of it? 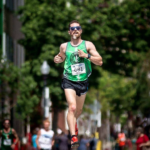