The Cranmore Hill Climb was held this past Sunday in North Conway, NH amidst foggy, wet conditions at the popular ski resort. The snow is gone but people were still sliding down the mountain anyway.

Matt Veiga won the whole thing with a 53:05. Leslie O’Dell was the top female in 65:24 (22nd overall). For all you amateur statisticians out there that want to dive into the numbers a little bit, Matt had both the fastest first and second splits on this two lap race (26:10 and 26:55, respectively). The top 4 held that order in relation to their lap splits. The order got shook up a bit when the wily veteran Dave Dunham (6th overall) ran a faster second lap than eventual 5th place finisher and young upstart Patrick Caron (28:59 to 29:03).

Leslie O’Dell ran the 22nd fastest first lap (32:00) and 24th fastest second lap (33:23), so as you can see there wasn’t a whole lot of movement amongst the leaders once things really got going. Timing mats were thrown down to get everyone’s lap slits and you can see them all over at elitefeats.

We shot a few questions over to the big winners…

Leslie O’Dell: Have I raced in conditions like that?? Peshawww. Of course. Haha. I’ve raced in way worse. First race that comes to mind is the 2015 Whiteface Skymarathon. Worst conditions I’ve ever raced in. It’s hard to even describe how insane it was. Battle for Black Rock Ultra in Georgia was another one. Cold, pouring rain in pure, slick mud. And there are others. So yeah, this would be tame to some of the crazy trail conditions I’ve raced in.

Well now, this isn’t a severe weather measuring contest Leslie. What about you Matt?

Matt Veiga: Yes, and I actually prefer them. The rainier it is the more comfortable I feel during a race. Honestly the conditions weren’t to bad though. It rained lightly and the course got slick on the second loop but the temp was perfect. The biggest issue in these conditions is that I wear glasses which means I had to keep wiping them off or taking them off for sections. It was a balancing act that any time a long fast stretch of grass came I slowed to wipe the glasses clean so I could run full speed without breaking an ankle.

You guys are both ballers. So just how challenging was it?

LO: The course as a whole was very well-rounded in that it had something for everybody’s strengths and weaknesses making it more of an even playing field.

Leslie O’Dell working her way through the fog, courtesy of Scott Mason Photo.

MV: This course was the toughest I’ve run here. The climb was deceptive it started fairly gradual and then the BIG climb came. It was shorter than the boss but definitely steeper at a 45% grade. Add in so very slippery rocks, ankle grabbing scrub brush, and some loose footing and it made for a good time. After the big climb you had to drop down then climb back up to the summit and then right when you think your heading down we had to drop off the back of the mountain then climb back up to finally get to the steep and technical downhill.

Does a course like this play to your strengths? Or do you not enjoy the downhills?

LO: For me, the uphill was challenging, since steep, unrelenting uphills aren’t my strength, but since I ran a course preview, I knew what to expect so it wasn’t as challenging as I expected it to be at race pace. The downhills weren’t challenging at all, and you must have missed Paul Kirsch and Chris Dunn’s pre-race video because Paul clearly states the downhill was designed per my request. (Insert evil laughter here.) Hometown advantage pays off. I bombed down both loops of the downhill because that is definitely my strength. The more gnarly, the better. Just something I got good at over the years.

Matt, how did you feel (especially knowing this course wasn’t tailor made for you)?

MV: Let me put it this way, I love this race. Not just because I have 2 wins here either. It is always a fun race and it could be anyone’s race depending on the course. It’s no secret that I like to bomb the downhills so this course definitely plays into my strengths. Paul always makes sure to put in some serious climbing though which make it so you never feel comfortable with guys like Tim and Todd in the field. One of my big focuses this year has been to try and be much stronger in my climbing ability and it paid off today. I was able to let TiVO go by on the big hill in the first lap and keep pace behind him till the top, then get away on the downhill enough that I could get to the big hill the second time around with a good enough lead to hold him off to the top of the mountain. I used the same tactics this year as I did last year against Todd. The only difference this year is I made sure to put myself in the lead right away. Last year I got a little lucky and didn’t have thoughts of winning till the very last downhill. Once we hit the down to the finish I had a decent lead and I new barring a major fall a win was almost definite. It was a matter of time and having fun at that point blasting the grass and slaloming through the tree’s on the single track. It was a really fun downhill.

Was it tough to turn around and run this one after Loon (the prior weekend)?

LO: I actually didn’t have any problem going right into this one from Loon. Loon hurts in the moment, but I run so many mountains that recovery from it was quick. I was actually surprised at how good I felt coming into Cranmore since I didn’t really take it easy at all over the week. I think I already had close to 7000ft of elevation gain for the week prior to Sunday. That being said, I’ll be racing on nothing but pavement (with the exception of Run with the Beavers Trail Race) for the next two months so it’s time to switch gears, put the mountain racing on hold and work on the road speed again.

Of course she didn’t have problem. Matt, was this a challenge or are you as indefatigable as Leslie?

MV: One word. YES! I really cut the mileage back this past week and focused on resting. Every climb I was definitely feeling though. The first loop I definitely caught myself saying “man I have UWB legs” aka this hurts. There was a lot of extra motivation for a second win since Cranmore was the first mountain race I ever ran back in 2011. So as sore as I am it feels really really good to get a repeat win where I started mountain racing. Its going to be nice doing some easy running for a couple weeks.

Leslie, have you ever lost in a Six03 singlet?

MV: Thanks to both Paul and Chris those guys put on absolutely amazing races!

What a class act! Editor’s note: I may or may not have tweaked my questions after the fact for entertainment purposes.

32 Miles of Bear Brook Summed Up in One… 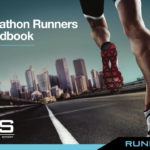