Some quick hits on early weekend results to give you some water cooler conversation ammo…because everyone loves discussing local road races at the water cooler. You know it.

There was another successful running of the Blessing of the Fleet 10 mile road race on Friday night in Narragansett, RI. Matt Pelletier won handily in 50:32.

21 year old Allie Hackett of  Hackett of Cranston, RI was the women’s champ in 57:56. Allie ran fast enough to place 14th overall, and not too far back was the second woman…her twin sister Michaela in 59:45 (28th place).

The Firm Project had a solid showing at the Peaks Island Road Race, with taking the overall win:

Another Peaks Island Road Race in the books! Matt led the way with another win in 27:05…Now it’s time for fun! pic.twitter.com/tKAjv3iH7K

FP’s depth was on display too:

Matt Rand for the win, and if there was a team competition it looks like the Firm Project men would have a pretty good shot at taking it, right. Can’t seem to find results as of yet but that’s what we have from Peaks Island for now.

So go and discuss what you’ve learned. Check out Scott Mason’s gallery from the Blessing of the Fleet, too!

*Thanks to Jim Dandeneau for pointing out that we botched the reporting on the Hacketts in an earlier version of this article. 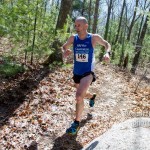